‘Catfish’ Co-Host Max Joseph Quits Show!!! On to Something New 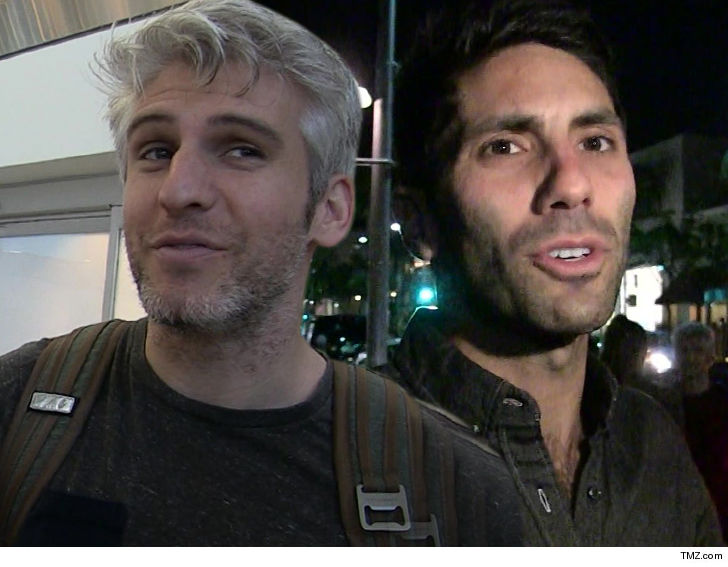 Nev Schulman is losing his longtime TV partner and ‘Catfish’ co-host, Max Joseph, to life behind the camera … TMZ has learned.

Max tells us he’s quitting the MTV show — which he helped create and co-host for 7 years — to pursue his budding career in filmmaking. He says, “For a while now I have been straddling two careers as TV host and filmmaker and, while this level of busy-ness is a dream come true, my life can no longer sustain it.”

Max adds … “With ‘Catfish’ still going strong after 7 seasons, 115 episodes, 31 specials and showing no sign of slowing down, I feel it is finally the time for me to make my exit.”

Nev says he’s gonna miss Max for “his ability to listen, empathize and advise” and adds … “While selfishly I’d love to keep him all to myself, I know that unleashing the creativity and passion that he has will benefit so many of us.”

Unclear if MTV is going to cast a replacement host for Max. ‘Catfish’ is in the middle of airing its seventh season right now. Max’s final episode will air August 22 at 9 PM ET/PT.

Neel Kashkari Appeals To “QE Conspiracists”: Show Me How The Fed Is Moving Stock Prices… So Here It Is
2020-01-17