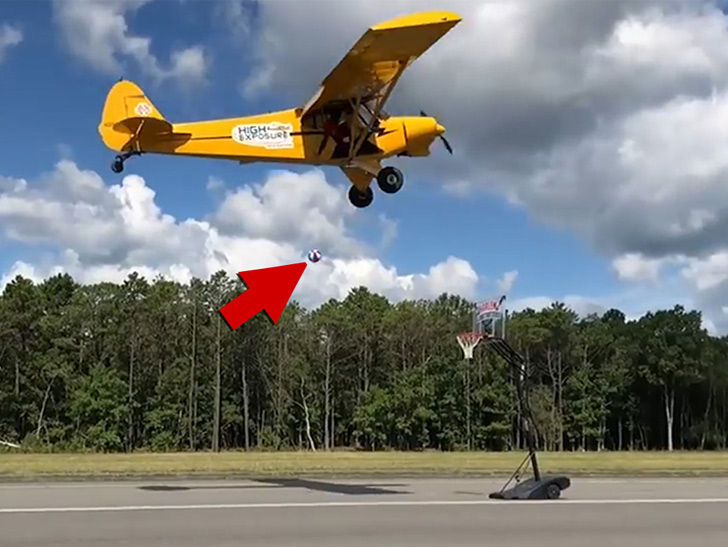 The Harlem Globetrotters did it again — hitting an insane trick shot from a FLYING AIRPLANE!!!

Globetrotters star Bull Bullard strapped into a yellow monoplane in Wildwood, New Jersey (where the guys are playing 4 games next week) and took aim at the basket while flying 70 miles per hour.

“There’s no better way to arrive to Wildwood than with a trick shot from an airplane,” Bullard said … “I can’t wait to meet up with my teammates next week and put on a great show for the fans!”

The Globetrotters have hit crazy trick shots from all over the world — from the top of Madison Square Garden to a rollercoaster in Georgia … even Alcatraz.

But, the flying trick shot from a plane might be the most impressive …

Cross-Country Storm To Dump Snow And Rain From West To Plains, Midwest And Northeast This Weekend
2020-01-21