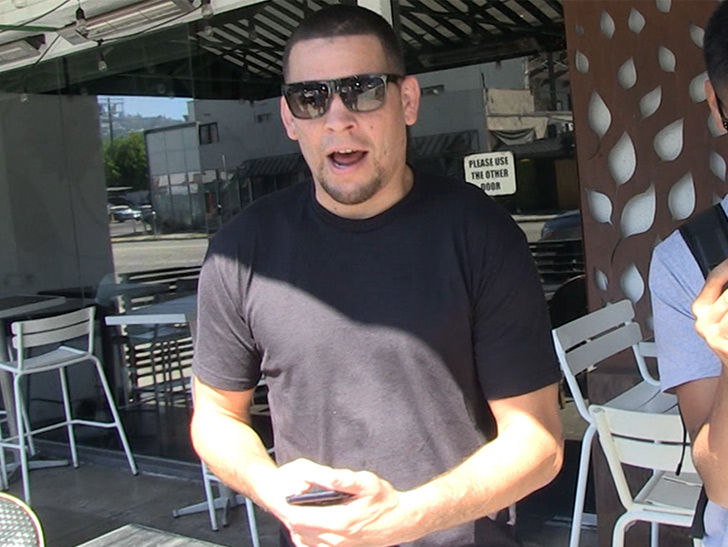 Nate Diaz says he still hasn’t made up his mind about whether he’ll fight Dustin Poirier at UFC 230 in November … telling TMZ Sports, “Time will tell.”

The UFC star was leaving Real Food Daily in L.A. on Tuesday afternoon when we followed up about the comments he made on Friday — when he threatened to bail on the UFC event.

Nate essentially tells us he’ll fight if he feels like it — “We’ll see what happens.”

We asked if he WANTS to fight — and he told us, “I don’t want to fight anybody.”

We also asked if he’s interested in following Ronda Rousey to the WWE — Nate shut that down too, saying, “Nah, I’m for real.”