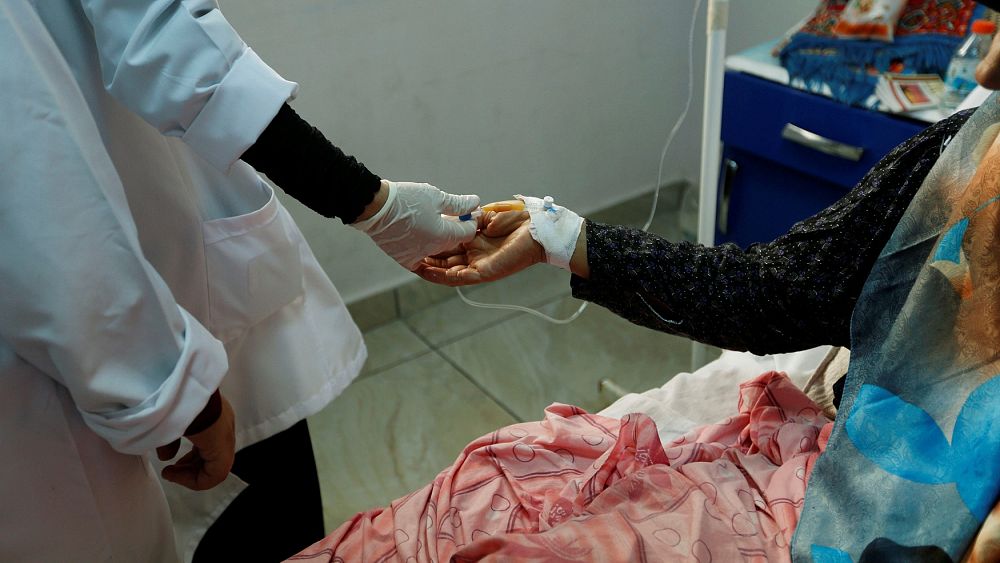 Cancer is becoming less of a fatal danger in Western societies. With the disease becoming more prevalent in recent years, there has been a corresponding increase in awareness, prevention, and crucially – treatment. Unfortunately these efforts have been focused on the types of cancers more common in the developed world, leaving a huge blind spot in current research activities. The result of years of neglect is that, perhaps contrary to popular perception, more Africans are killed by non-communicable diseases like cancer, than by poverty.

The lack of adequate funding for cancer in Sub-Saharan Africa, far from being remedied, appears on the current trajectory to be worsening. The international humanitarian system is under severe financial stress, and blocs such as the EU are currently often preoccupied with internal issues rather than having the luxury of looking outwards.

But there is hope for this widening funding gap to be filled by newly active humanitarian groupings which are motivated by an enduring sense of solidarity for many of those nations worst affected. One of these is the Organisation of Islamic Co-operation, which acts as a kind of “UN for the Muslim world”, with 57 member states.

The increased focus across the Islamic world on region-specific cancer prevention and treatment was in evidence last week when First Ladies from OIC African Member States met in Burkina Faso. It is natural for women to lead this effort: cancer disproportionately kills women and girls in Africa, with the most common forms of the illness on the continent being cervix and breast cancer.

One of the possible advantages to Muslim-world aid efforts is that they may lack the views inherited by some other donors. Views that, although built on a long legacy of giving, have become somewhat outdated. For example, the 1985 Live Aid concert, which for many was a definitive moment in raising awareness of humanitarian work, was in response to the Ethiopian famine that year. 33 years later, Ethiopia’s requirements are still significant, albeit it very different.

The horrific images of starving children simply cannot be matched by cancer sufferers, many of whom show no obvious signs of the disease, and therefore appear quite “normal” in photographs or footage. Due to their alien, foreign, almost biblical natur, these crises continue to attract disproportionate attention from some donor countries: the West African Ebola epidemic received wall-to-wall coverage for weeks, despite taking 11,000 lives while cancer, by comparison, kills approximately 700,000 Africans each year despite being largely ignored in media comment on African development.

Once we understand the unconscious personal, political and media biases that colour our perceptions of the situation, we may begin to reverse engineer funding imbalances. Imbalances that could be addressed by more EU aid to Africa being spent on healthcare in general, and specifically on non-communicable diseases like cancer.

But there may be a way for all donor states to maximise their return on investment – even if budgets continue to be limited.

It is completely possible to craft aid policies for the 21st century that work both on humanitarian and pragmatic grounds. As well as altruistic reasons, aid can be in donor countries’ self interest: Better healthcare in less economically developed countries reduces the immigration burden caused by so-called “health tourism”. And longer life expectancy creates a barrier to entry for those tempted to become involved in unrest or war – the types of crises that are much more expensive and difficult to fix long-term.

If we are entering the era of “intelligent aid” it will require pragmatic thinking and realistic expectations about what can be achieved with available aid budgets. It will also mean organisations like the European Union strengthening partnerships with other players who can pool their financial and soft power to effect change.

One of those ideally positioned partners is the Organisation of Islamic Co-operation, or OIC, which has significant monetary clout (just one of its affiliated bodies, the Islamic Development Bank, has paid-up capital of $2.5 billion).

And rather than macro causes which are easy to fundraise for but almost impossible to deliver on, the OIC has a renewed focus on precision aid, one example of which is cancer awareness and prevention in Sub Saharan Africa.

If traditional intergovernmental bodies like the EU can combine their experience and expertise with the energy and focus of newer entrants like the OIC, we can save millions of African lives.

Ambassador Naeem Khan is Assistant Secretary General of the Organisation of Islamic Cooperation (OIC) the second-largest intergovernmental body in the world, after the UN. He was previously the Pakistani Ambassador to Saudi Arabia.

Opinions expressed in View articles are not those of euronews.