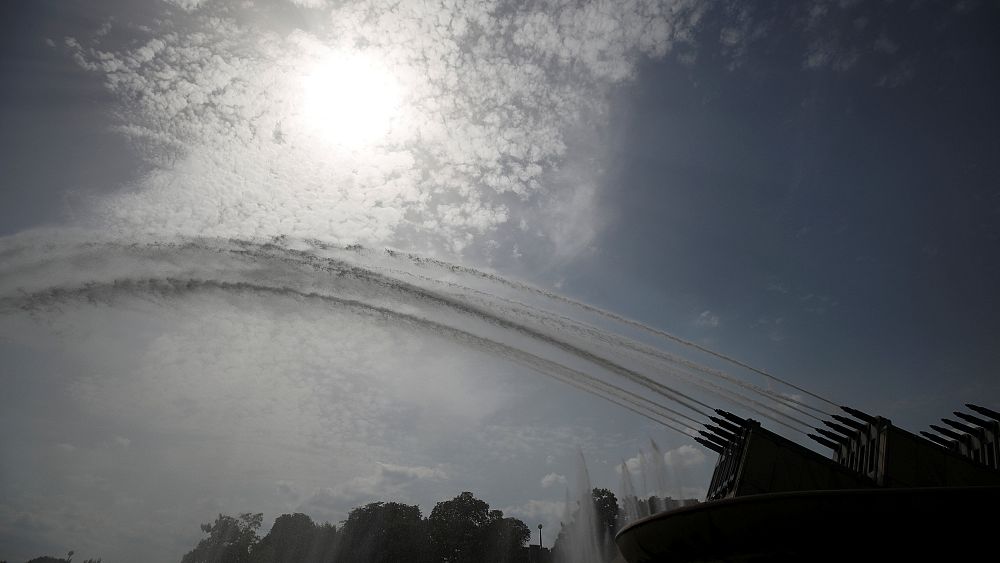 British farmers say they’ve never seen anything like it.
Some haven’t seen rain for 60 days and normally fertile soil is now dry and cracked.

And it’s the same all over Europe

In Switzerland, the army has been called in to airlift water to farms.

Philippe Leuba, who is in charge of economic matters in the Swiss canton of Vaud, said: “The situation is very worrying because Switzerland hasn’t known a springtime with such a lack of rain since 1921. The springs are quite dry and cows, I should remind you, drink between 80 and 150 litres of water a day.”

Gregoire Martin, who runs a farm with 68 cows and 90 head of young cattle in Rosiniere, said: “I’ve been renting this pasture for 13 years now. We’ve had to airlift water before but never like this. Two years ago we had to call in the army helicopter but we cannot go on like this in the long-term. Our landlord is currently trying to get a project going to create an artificial lake to stock water during the winter, and which should be enough for the needs of the cattle throughout the whole summer.”

But there is an upside.

The warm dry weather is expected to lead to a bumper grape harvest after fears that a wet spring could have been disastrous for the industry.

In some parts of France, the harvest is beginning two weeks earlier than normal.