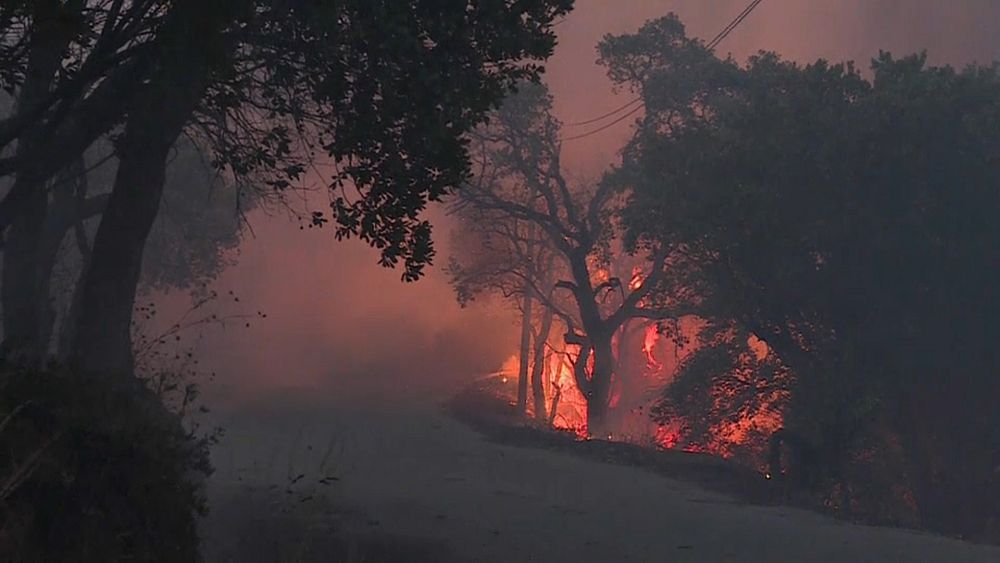 The continuing wildfire in southern Portugal has scorched almost 24,000 hectares in the Monchique district of the Algarve, a region popular with tourists. The perimeter of the burnt area is more than 100km.
The blaze has been going for a week and the operation to try to control it has involved around 1300 firefighters. Nineteen of them have been injured along with 17 other people.

The flames have spread to the county of Silves, causing some 300 residents to move to safety. Because some national roads were cut many were forced to spend the night in schools, although on Thursday most were able to return to their homes.

As the days have gone by so the carbon monoxide concentration in the Algarve’s atmosphere has increased, and it could reach critical levels over the next 48 hours. Satellite images illustrate the extent of the fire, which already visible from space. Although the blaze is still going, officials say there’s no active front.