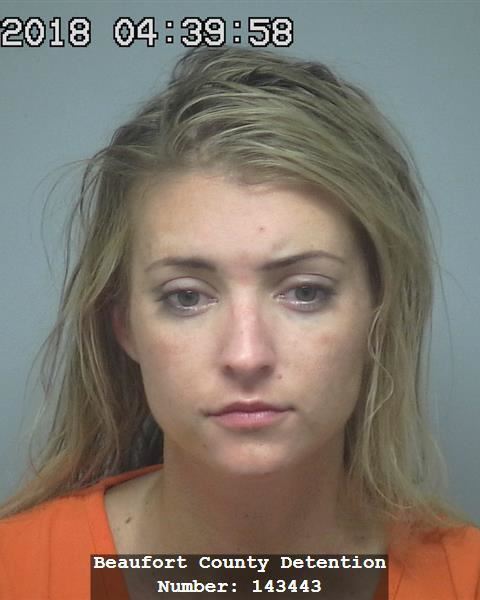 (Newser) – A woman seen speeding through a stop sign at 60mph told officers they shouldn’t arrest her because she’s a “very clean, thoroughbred, white girl,” police said. Her eyes glassy and bloodshot, Lauren Elizabeth Cutshaw was slurring her words and a Breathalyzer showed her blood-alcohol concentration registered 0.18, according to police in Bluffton, South Carolina. Cutshaw, 32, told the arresting officer she shouldn’t be jailed because she was a cheerleader, a dancer, and a sorority girl who graduated from a “high accredited university,” reports the AP. Taken to the police station in handcuffs, she described herself as a white “thoroughbred” and “went on to say ‘I’m a white, clean girl,'” the officer wrote in his report.

“I asked what that had to do with anything?” wrote the officer, who also is white. She replied, “You’re a cop, you should know what that means,” and, “You’re a cop, you should know based on the people that come in this room.” Also, “she repeatedly stated, ‘my partner is a cop,'” and said she’d been trying to get to her boyfriend’s house when she was pulled over early Saturday. Cutshaw, a real estate agent, told the officer that she’d had two glasses of wine at an upscale restaurant. How full were the wine glasses? “I mean I was celebrating my birthday,” she replied. After another officer found marijuana and rolling papers in her Ford Fusion, she said she “may have” smoked pot earlier that evening as well, the report said. Cutshaw was jailed on charges including drunken driving, speeding, and marijuana possession.