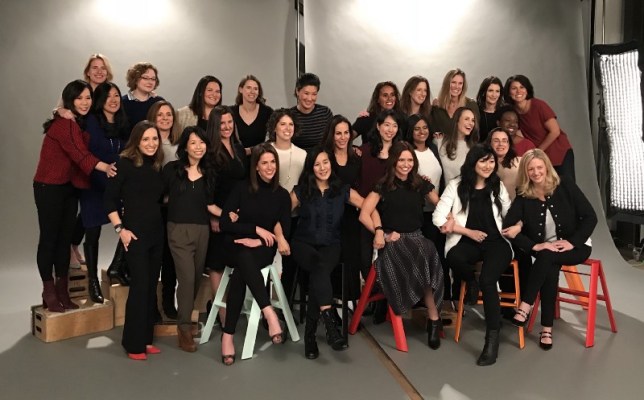 Founders for Change, an initiative from All Raise, is hosting its first-ever meetup for its group of founders focused on diversity and inclusion in tech. Since launching in March, Founders for Change has grown to more than 800 founders from companies like Pandora, Patreon, Shippo, PagerDuty, Udacity and others.

“It’s one of those things where the movement really resonated with a number of founders,” Freestyle Capital Partner and AllRaise FfC co-lead Jenny Lefcourt told TechCrunch. “It was an online movement and everywhere for a period of time. People continued to sign up but it was just online. This is the beginning.”

That’s to say that this is likely not the last meetup for founders. The aim of this particular meetup is to share best practices, learnings and offer tools for founders to better implement diversity and inclusion at their respective startups.

“That’s the impetus for the event on Monday,” Lefcourt said. “It’s the first gathering of so many of these founders on this subject.”

Throughout the day, there will be breakouts and sessions about building belonging, how, why and when to build a diverse board, why it’s important to implement diversity and inclusion efforts early on and more. TK says she’s expecting about 100 founders to be in attendance.

“We were pretty amazed that this many founders are going to give such a big chunk of the day and evening to diversity and inclusion,” Lefcourt said. “It makes it clear how important they all recognize it is.”

All Raise, the nonprofit organization that’s behind diversity and inclusion efforts like Female Founder Office Hours (FFOH) and Founders for Change (FfC), wants to increase the amount of funding female founders receive. Currently, female founders receive just 15 percent of all venture funding, according to All Raise. Within the next five years, All Raise wants to increase that to 25 percent, while also doubling the percentage of women in VC partner roles in the next 10 years.