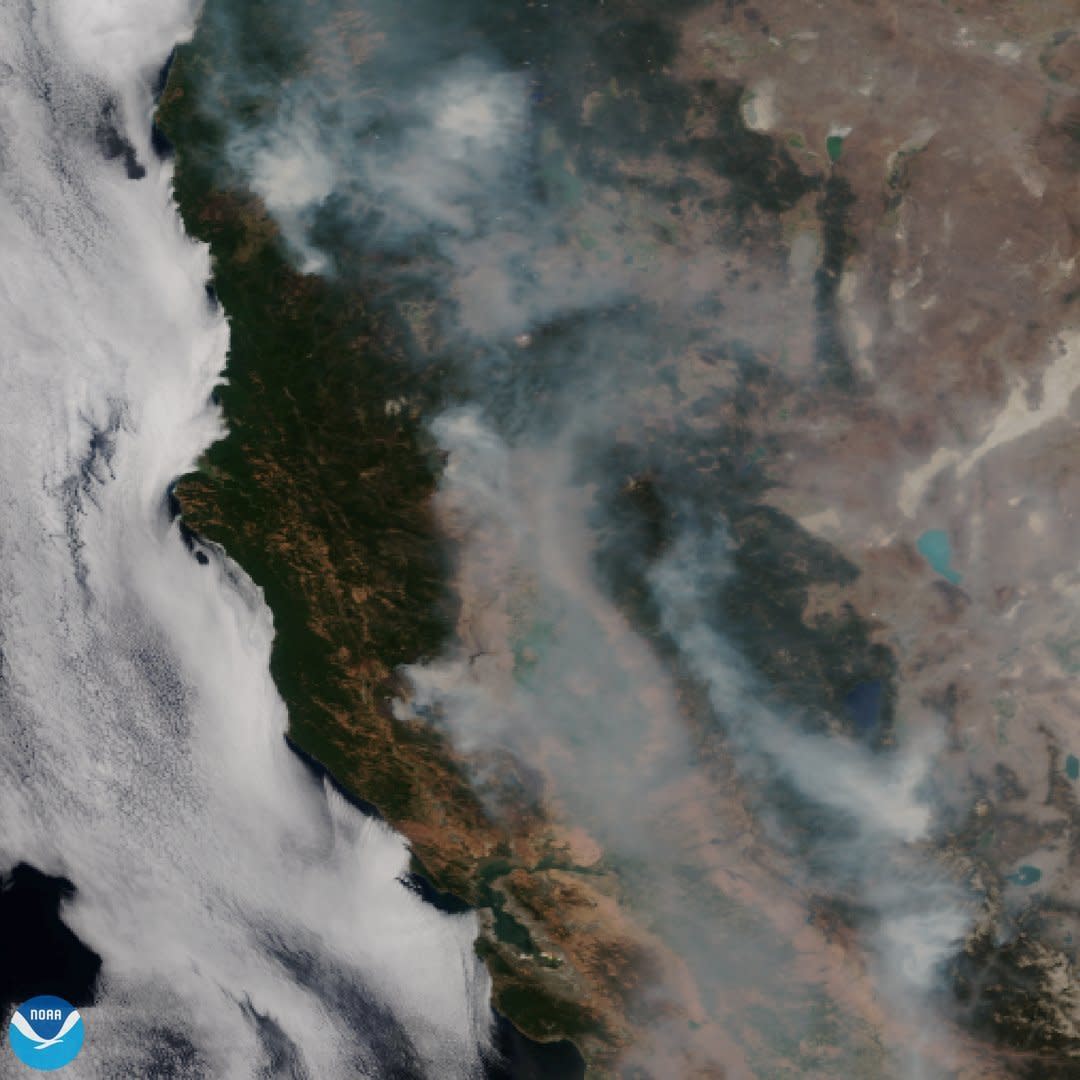 Firefighters struggled against rugged terrain, high winds and an August heat wave Tuesday to slow the spread of the biggest wildfire ever recorded in California, an inferno that exploded to be nearly the size of Los Angeles in just 11 days.

The 450-square-mile (1,165-square-kilometer) blaze, centered near the community of Upper Lake, about 100 miles (160 kilometers) north of San Francisco, spread fast because of what officials said was a perfect combination of weather, topography and abundant vegetation turned into highly flammable fuel by years of drought.

When the fire started July 27, thousands of firefighters were hundreds of miles north battling a massive blaze that spread into the city of Redding, destroying more than 1,000 homes, in addition to a dozen other major blazes.

A few days after the Upper Lake fire started, Cal Fire Battalion Chief John Messina told a community meeting that with so many fires already raging in California, “resources are already committed” so officials were forced to prioritize public safety and private property.

“After those two things are addressed then we’ll go after the pieces of fire that are in remote areas,” Messina said. “Typically, we’d go at all at once. There is just not the resources for that.”

The flames were raging in mostly remote areas, and no deaths or serious injuries were reported. But at least 75 homes have been lost, and thousands of people have been forced to flee. The blaze, dubbed the Mendocino Complex, was reported 20 percent contained on Tuesday.

Its rapid growth at the same time firefighters were battling more than a dozen other major blazes around the state fanned fears that 2018 could become the worst wildfire season in California history.

“For whatever reason, fires are burning much more intensely, much more quickly than they were before,” said Mark A. Hartwig, president of the California Fire Chiefs Association.

About 3,900 firefighters, including a crew of 40 volunteers from New Zealand, were battling the blaze, contending with temperatures in the high 90s and winds gusting to 25 mph (40 kph).

The heavily forested area of myriad canyons where the fire is spreading has few roads or natural barriers that can serve as firebreaks or offer safe havens for firefighters to battle the flames head on, Cal Fire Battalion Chief Jonathan Cox said.

So firefighters instead fell back to natural barriers such as streams or used bulldozers to cut fire lines, but the flames were moving so fast in spots that they blew past, forcing firefighters to retreat, Cox said.

“There’s no way you’re going to stop that fire,” said Kyle Coleman, 28, who returned to his childhood home last week to help his father try — in vain, it turned out — to protect it. “A big wall of flames came over the mountain … I pretty much got my dad out of there.”

In all, 14,000 firefighters were battling blazes across California, which is seeing earlier, longer and more destructive wildfire seasons because of drought, warmer weather attributed to climate change, and the building of homes deeper into the forests.

The Mendocino Complex is actually two blazes burning so close together that authorities are attacking them as one, a common practice at Cal Fire. The fires started within an hour of each other about 15 miles (25 kilometers) apart. As of Tuesday, they were separated by just a few miles. Officials have not determined the cause of either one.

Crews also gained ground this week against another Northern California wildfire near the city of Redding that was blamed for at least six deaths.

Meanwhile, a blaze burning near Yosemite National Park has been raging for nearly a month but is still just one-third as large as the biggest fire, though dense smoke has closed much of the park to visitors for the past two weeks.

“We’re in uncharted territory,” Gov. Jerry Brown warned last week. “Since civilization emerged 10,000 years ago, we haven’t had this kind of heat condition, and it’s going to continue getting worse. That’s the way it is.”