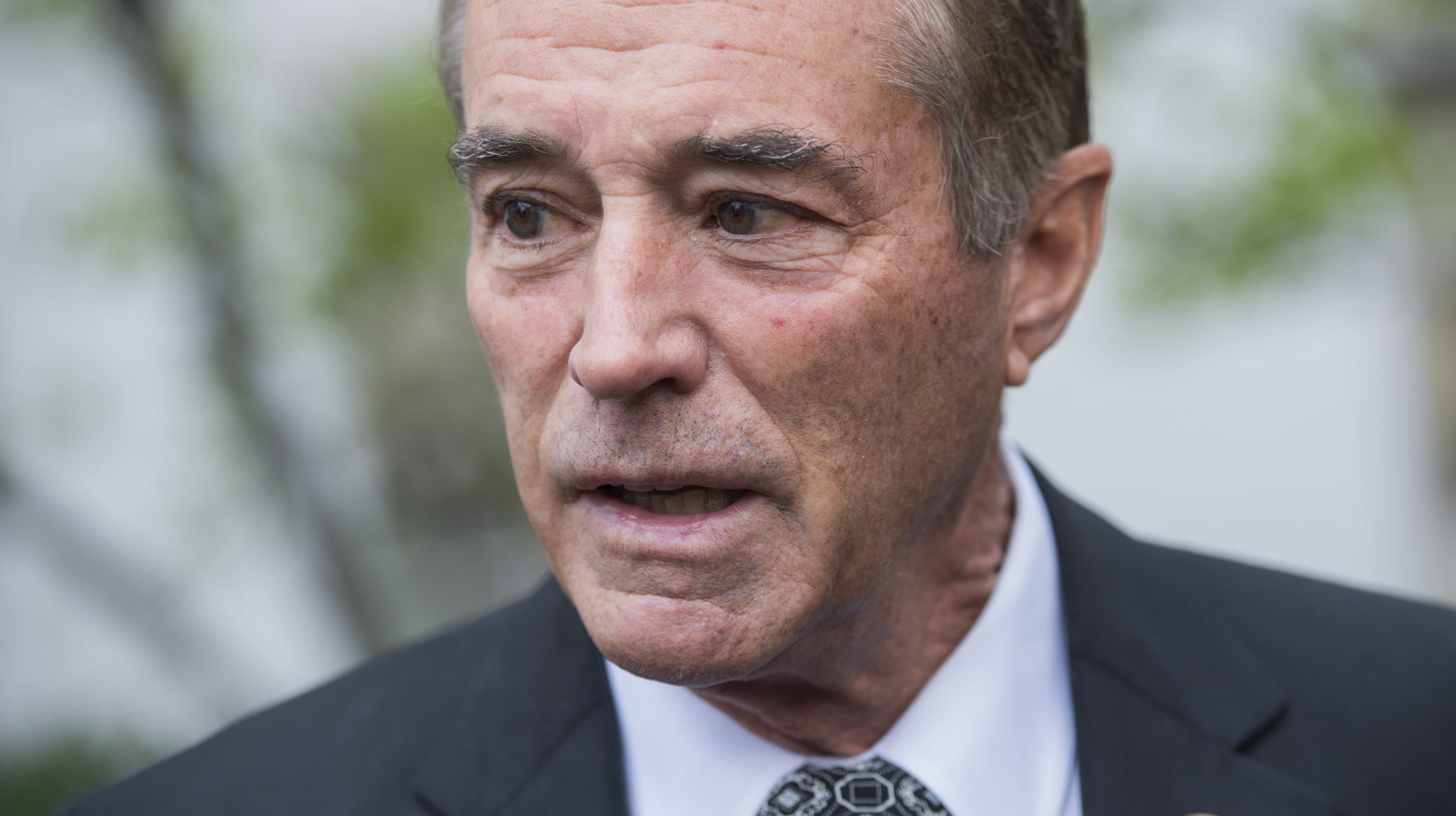 Rep. Chris Collins (R-N.Y.) has been arrested by the FBI on insider trading charges related to an Australian biotechnology company.

Collins, one of the largest shareholders of Innate Immunotherapeutics and a board member of the biotech firm, faces charges of securities fraud. His son and the father of his son’s fiancee were also indicted and charged with fraud.

On Wednesday night, hours after his arrest, Collins held a press conference denying any wrongdoing.

“The charges that have been levied against me are meritless and I will mount a vigorous defense in court to clear my name,” he told reporters.

Collins allegedly passed private information about the company to his son, Cameron Collins, who used the information to make timely trades and tip off others, according to Wednesday’s indictment.

The indictment says the congressman informed his son and Stephen Zarsky, the father of his son’s fiancee, about the unpublicized trial failure of a drug the company had developed, which would later cause stock prices to plummet. They sold their stocks in the company before the public announcement, which caused the company’s stock prices to drop by 92 percent.

“In the hours and days after learning of the drug trial results, Christopher Collins, his son, and their associates exchanged a flurry of calls,” Steven Peikin, co-director of the SEC’s Division of Enforcement, said in a statement announcing related civil charges. “The investigation yielded a detailed footprint left by the defendants, revealing their frantic efforts to sell shares and warn others before Innate announced bad news.”

Chris Collins, his son and Zarsky avoided $768,000 in losses, according to the indictment.

The defendants have also been charged with counts of wire fraud and false statements.

Attorneys for Chris Collins released a statement Wednesday morning, noting that the congressman would say more on the issue later in the day.

“It is notable that even the government does not allege that Congressman Collins traded a single share of Innate Therapeutics stock. We are confident he will be completely vindicated and exonerated,” the statement reads.

House Speaker Paul Ryan (R-Wis.) stripped Collins of his seat on the Energy and Commerce Committee and called for an investigation by the House Ethics Committee.

“Insider trading is a clear violation of the public trust,” Ryan said.

“The charges against Congressman Collins show the rampant culture of corruption and self-enrichment among Republicans in Washington today,” Pelosi said in a statement. “The Ethics Committee must accelerate its own investigation into Congressman Collins’ illegal abuse of the public trust.

“The American people deserve better than the GOP’s corruption, cronyism, and incompetence.”

Despite the indictment, Collins says he won’t resign and that he intends to run for re-election, according to an email obtained by The Buffalo News.

In July 2017, the Office of Congressional Ethics found “a substantial reason” to believe that Collins violated securities law. The OCE inquiry came at the behest of the late Rep. Louise Slaughter (D-N.Y.), who filed ethics charges against him in June of that year.

Asked about the allegations at the time, Collins told Fox News it was “a witch-hunt” and called Slaughter “a despicable human being.”

The congressman is scheduled to be arraigned in federal court in Manhattan on Wednesday afternoon.

This story has been updated with more details about the indictment and Collins’ response to it.

How The Coronavirus May Be Impacting Your Portfolio
2020-02-19