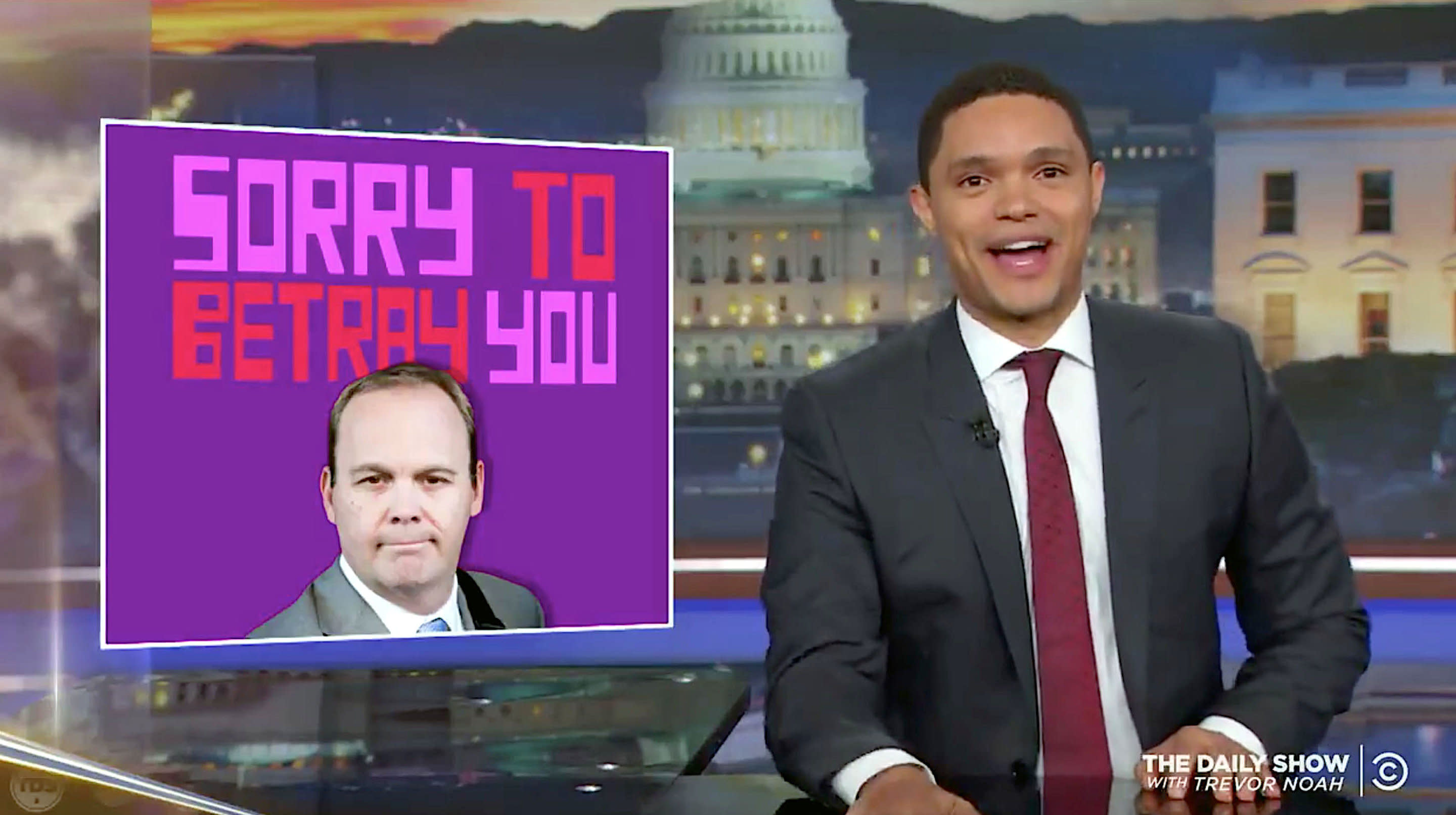 This week, Paul Manafort’s former right-hand man, Rick Gates, took the witness stand at the trial of the former Trump campaign manager, and Trevor Noah of “The Daily Show” found his testimony hilarious.

Gates not only testified that he had committed crimes with Manafort but also admitted he stole money from his former boss.

“He’s confessing to stealing from the same guy that he was committing crimes with,” Noah said of Gates.

“Like, Manafort must have been so mad but also at the same time so proud. You know. Yeah, because on the one hand Gates stole money from him but on the other hand he clearly learned everything that Manafort taught him.”

Noah added, “It’s like if at the end of “Karate Kid,” Daniel-san kicked the shit out of Mr. Miyagi.”

Check out the video above to see what Gates stole from Donald Trump’s inauguration committee.

In divided America, some voters tuning out impeachment trial
2020-01-26