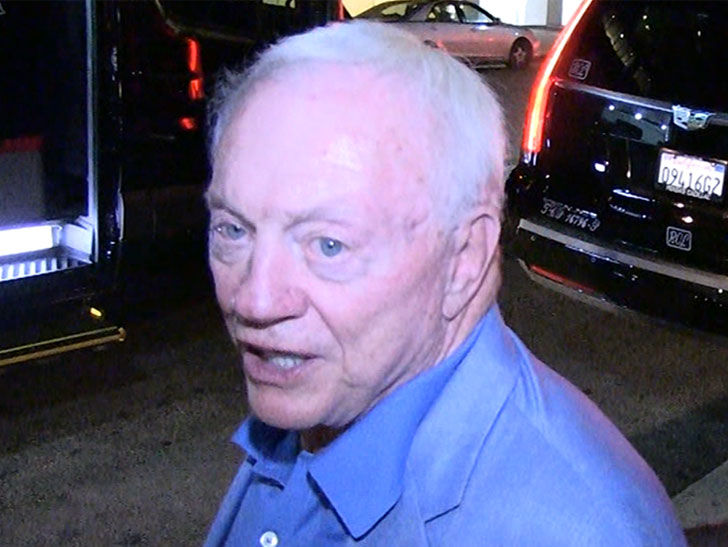 Jerry Jones is praising the hell out of his QB, Dak Prescott, for the way he’s handling the drama surrounding the national anthem controversy … telling TMZ Sports, “I’m so proud of him.”

Jerry was leaving Mr Chow in Beverly Hills on Wednesday night when we asked if he expected Dak to get a lot of blowback for supporting Jerry’s “My players will stand” position on the anthem.

“I’m so proud of him, just proud of him the way he leads the team … for not letting it mess with their practices.”

We also asked JJ how he felt about Ice Cube standing up for Dak’s right to voice his opinion — and Jerry showed love for Cube as well … saying, “I’m a fan of Ice Cube!”

By the way, we also caught a glimpse of the inside of Jerry’s sprinter van — and it’s awesome!!!!