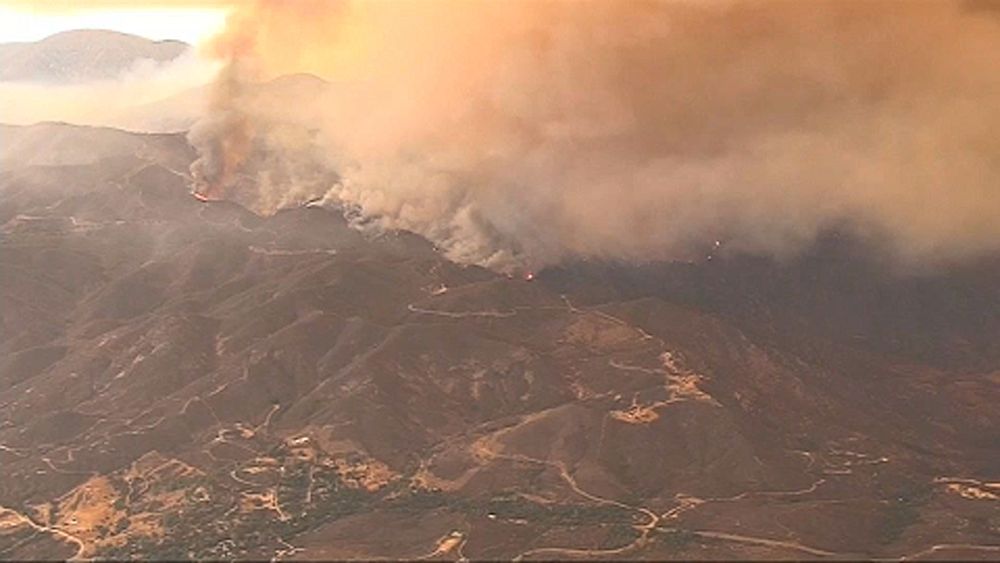 Firefighters in California said on Wednesday that they are making good progress battling the state’s largest-ever wildfire but didn’t expect to have it fully under control until September.
The blaze, north of San Francisco, has grown to the size of Los Angeles since it started two weeks ago. Fire crews from Australia and New Zealand are helping in the operation to bring the blaze under control over an area of more than 1,200 square kilometres.

“All firefighters stick together,” New Zealand firefighter Craig Cottrill explained. “We’ve had Americans out in New Zealand for the Christchurch earthquake, the Kaikoura earthquake. There was an American frigate that was in New Zealand at the time and they quickly turned their hand to helping us out so it’s reciprocal.”

Meanwhile in the south of the state police arrested a man in connection with another wildfire that forced a number of evacuations.

“This is a monster,” said Todd Spencer of the Orange County Fire Authority Board, “who would go out with low humidity and high wind in the highest heat temperatures this time of the year and intentionally set the forest on fire?”

Even in areas like Sacramento, where no fires are burning, events are concerning the authorities. As well as the risk of other blazes breaking out, they are worried about air quality.

“We’re just most concerned right now with the wildfire smoke and the particulate matter. So we do encourage people to stay indoors and limit their outside activities,” explained Lori Kobza of the Sacramento Metropolitan Air Quality Management District.

The haze stretches to the Sierra Nevada mountain range and nearly every major population center in between has suffered air quality considered dangerous for children, the elderly and people with asthma.