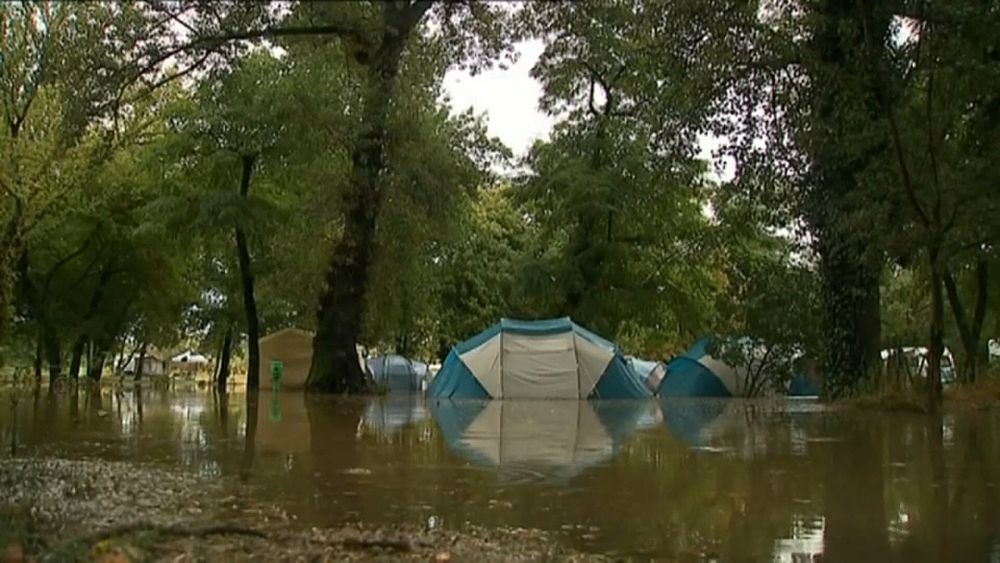 Calmer weather returned to southern France on Friday, following violent storms that forced the evacuation of hundreds of people the previous day, most of them campers.
The search resumed for a missing German man, believed to be in his late sixties or early seventies, who is said to have been accompanying a children’s summer camp as a supervisor at Saint-Julien-de-Peyrolas in the Gard region.

The man’s car was found but it is not known whether he was with it when it was swept away.

The mainly young campers were among over 180 people who were put up overnight in a nearby hall and were seen by medical staff. Four were said to have been taken to hospital suffering from hypothermia.

Coaches have been provided to take the group back to the Leverkusen region in Germany.

Two people have been taken into custody as part of an investigation into the campsite, according to reports quoting the local prosecutor.

French reports say the camp was on private grounds and was not a municipal site. Since last year the local authority is said to have been in dispute with the German association which owns the site, over alleged breaches of planning laws.

Thursday’s storms hit a large area of central and southern France, with damage reported from the Dordogne in the west to the Moselle department in the east.

Several months of rain fell in the course of one day, compounded by hailstorms. Residents and holidaymakers have been sharing images and describing the scenes as water levels rose suddenly, and rivers and streets became raging torrents.

The authorities in some areas have warned that it will be some time before things return to normal. There have been warnings that tap water may not be safe to drink, and that it may take time to restore power as equipment first has to be made safe.

The storms follow several weeks of high temperatures, with France – like much of Europe – experiencing a prolonged heatwave.

Dryer, warmer weather is predicted for the weekend, the busiest period of the holiday season.