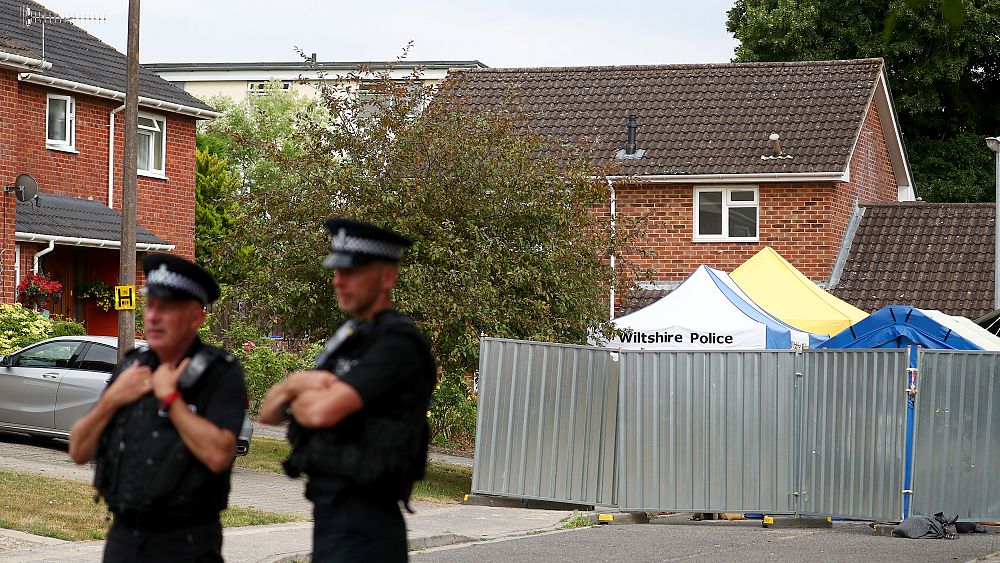 The UK has welcomed Washington’s decision to impose fresh sanctions on Russia after the United States determined that Moscow had used a nerve agent against a former Russian double agent and his daughter in England.

Sergei Skripal, a former colonel in Russia’s GRU military intelligence service, and his 33-year-old daughter Yulia were poisoned in March by a liquid form of Novichok, a substance originally developed in the former Soviet Union.

The US State Department has announced sanctions – to take effect later in August – after finding that Russia had violated international law by using chemical or biological weapons. The measures could hit exports of technological equipment, said to be worth hundreds of millions of dollars.

“The UK welcomes this further action by our US allies,” said a spokesman for the Foreign Office in a statement. “The strong international response to the use of a chemical weapon on the streets of Salisbury sends an unequivocal message to Russia that its provocative, reckless behavior will not go unchallenged.”

Reports from the UK this week have suggested that Britain is on the point of requesting the extradition from Russia of suspects in the case. Theresa May’s government blames Russia for the attack.

Russia – which has always denied involvement – has responded angrily to the sanctions. Its embassy in the US called the measures “draconian” and based on “far-fetched accusations” in a Facebook post, adding that its calls for facts or evidence had gone unheeded.

Moscow’s permanent representative to the United Nations ridiculed the sanctions on Twitter as the “theater of absurd”.

“Only one rule: blame everything on Russia, no matter how absurd and fake it is,” Dimitry Polyanskiy said.

Following the attack in March, a UK investigation blamed Russia and said the military-grade nerve agent Novichok had been used. UK scientists also found that two other people who fell ill three months later – one of whom died – had been exposed to the agent.

The US expelled dozens of diplomats in solidarity with the UK after the attack on the Skripals, but until now it has stopped short of saying that Russia broke international law on chemical and biological weapons.

The new sanctions come amid mounting pressure on the Trump administration from members of Congress, including from Republicans.

The American sanctions could be followed by a second batch within 90 days unless Russia gives the US “reliable assurances” that it will stop using chemical weapons, and allow on-site UN inspections.

Washington has other sanctions in place against Russia over its involvement in Ukraine and its interference in the US election process.

The latest move appears to highlight differences in approach between the State Department, Congress and intelligence agencies on the one hand – and Donald Trump on the other.

Whereas many politicians and security officials see Russia as an adversary and a threat to the US and the global order, advocating a tough stance, the US president has appeared reluctant to criticise Moscow and Vladimir Putin. Trump’s recent one-to-one summit in Helsinski with the Russian president was described as “embarrassing”, even by Republicans.

This week has seen more evidence of the conciliatory tone towards Russia from the White House, which confirmed that Republican Senator Rand Paul – a Trump supporter who defended his performance in Finland – had delivered a letter from the US president to the Russian government while on a trip to Moscow. It stressed the need for further engagement and dialogue, the senator said in a tweet.

Donald Trump remained silent over the latest sanctions on Wednesday, which could jeopardise his attempts to improve relations with Russia.