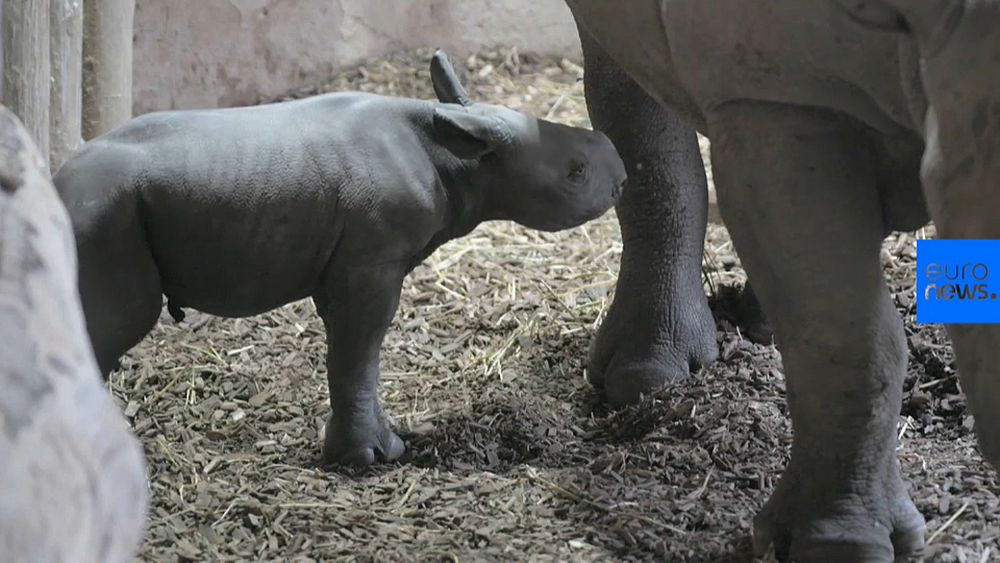 These are the first moments of a baby rhino whose birth has boosted conservationists who fear the critically-endangered species will become extinct.
The male Eastern black rhino calf was up on his feet within 15 minutes of being delivered, Chester Zoo in England said.

It is feared less than 650 animals of the species remain across Africa, added the zoo, and they are listed as critically endangered by the International Union for the Conservation of Nature (IUCN).

“Visitors to the zoo were treated to something incredibly special when Eastern black rhino, Malindi, went in to labour in front of them,” said Tim Rowlands, the zoo’s curator of mammals.

“With just 650 Eastern black rhino left in the wild, seeing the birth of a new calf and its very first steps is a very rare and special event indeed.

“We just hope this new calf helps us to raise some much needed attention to this truly magnificent species, and inspires urgent action to protect their future on this planet.

“We cannot and must not allow this subspecies to become extinct – a fate which has, tragically, already become of some of its cousins.”

The zoo now has 11 of the rhinos and it says the new delivery is “another success story in a Europe-wide breeding programme for these highly threatened animals”.