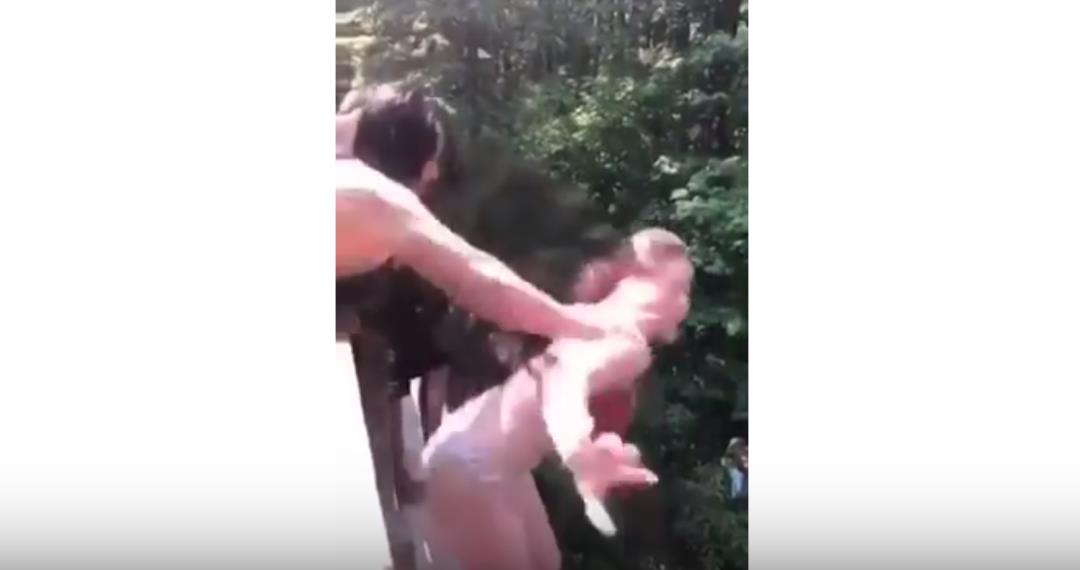 (Newser) – Jordan Holgerson had cold feet. Standing on the edge of a pedestrian bridge 60 feet above Washington’s Lewis River, the 16-year-old prepared to jump as someone counted down from three, but hesitated. “No, I won’t go,” she says in a YouTube video. And then she’s pushed, followed by a scream and a crash of body hitting water. “I could’ve died,” the teen tells KGW of Tuesday’s incident at Moulton Falls Regional Park. Instead, after she says someone swam out to save her from drowning, Jordan is confined to a hospital bed for at least a couple more days with five broken ribs, a punctured lung, and air bubbles in her chest.

There’s also an apologetic friend in the mix: At risk of facing charges as the Clark County Sheriff’s Office investigates, “she pretty much said that she was sorry for doing it and she wouldn’t have done it if she knew the outcome,” one of Jordan’s sisters tells KOIN. Another adds, “You don’t really play around at 60 feet.” That’s a message they hope to convey to potential jumpers. Despite a warning sign and recent injuries at the bridge—an unconscious man was pulled from the water after jumping a couple of weeks ago, per KPTV—the practice is common. Indeed, several people leaped from the bridge on Wednesday. But of pushing, one told KGW, “That’s a big no-no.”