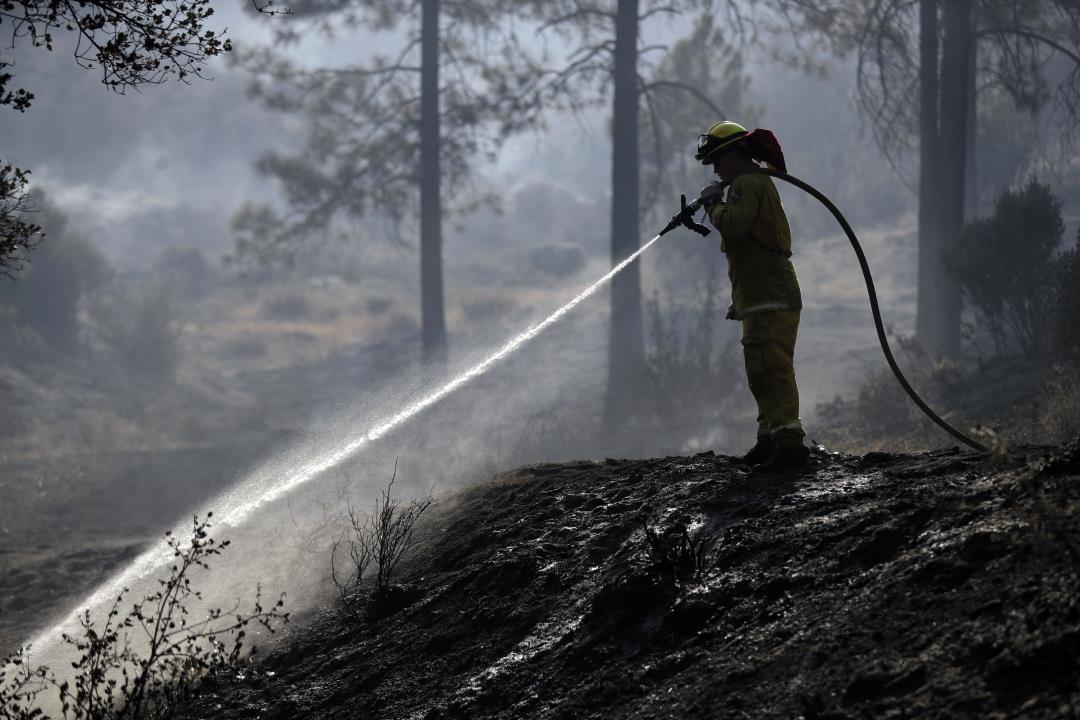 (Newser) – President Trump has apparently inspired the feds to alter California water rules regarding wildfires, Fox News reports. “Governor Jerry Brown must allow the Free Flow of the vast amounts of water coming from the North and foolishly being diverted into the Pacific Ocean,” Trump tweeted Monday. “Can be used for fires, farming and everything else.” Some experts pushed back, saying California doesn’t divert water, has enough to fight wildfires, and often uses fire retardant—but Commerce Secretary Wilbur Ross stepped in Wednesday and told the National Marines Fisheries Service to redirect water to battling wildfires as needed. “The protection of life and property takes precedence over any current agreements,” says Ross in a statement.

Some say the real issue is a longstanding battle between farmers and the salmon fishing industry over California water use, ABC News reports. The two sides have argued for years about whether state water should be sustaining salmon needed by fisheries or sent to farms for agricultural use. As it stands, a state water board is mulling whether to allocate more water to fish-populated rivers and less to agriculture—a move opposed by “Central Valley farmers and their Republican allies,” says the Washington Post. Meanwhile, environmental experts say it’s climate change, not water supply, that’s making this year’s wildfires so wild. “There’s zero connection between the fires and the amount of water that is available to fight them,” says a hydrologist. “It’s weaponizing an ignorant tweet from the president.”