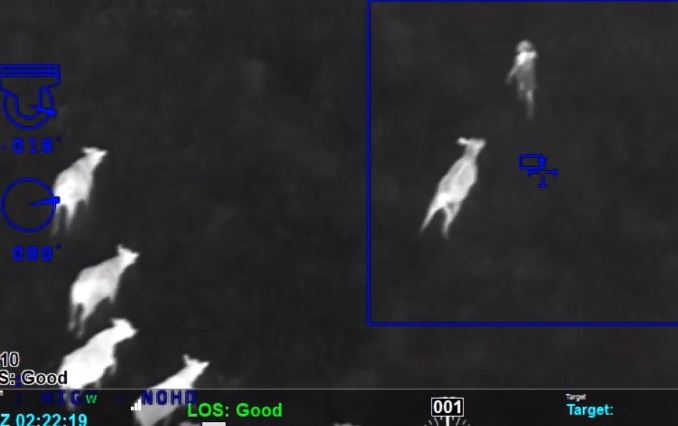 (Newser) – It’s one of the strangest and most spectacular lines ever uttered during a police chase: “If you see the large group of cows, they’re literally following her and chasing her.” You’ll need to watch the video from Florida’s Seminole County Sheriff’s Office to appreciate it, but a small herd of cattle did indeed help police catch a suspect fleeing on foot through a pasture, reports TampaBay.com. Police say the woman had been in a stolen SUV being pursued by officers when the vehicle crashed near the pasture.

One man who bolted from the SUV was quickly captured, but the woman made it further. “Actually, a large group of cows is following her for a good visual,” says an officer in a helicopter. “It looks like they may attack her.” The cows, more than a dozen in all, chased the woman to a fence, where she was promptly arrested. Jennifer Anne Kaufman, 46, faces charges of petit theft, possession of cocaine, possession of drug paraphernalia, trespassing, resisting arrest, and violation of probation.