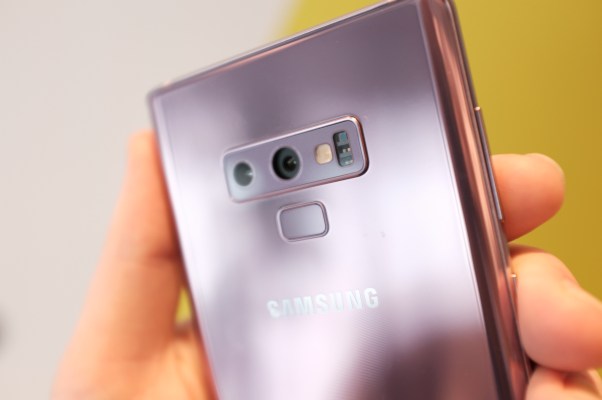 Today’s big Note 9 event was all about internals, but the company also had a few camera tricks up its sleeve. Scene Optimizer should prove familiar to Android users, as a number of companies, including, notably, LG have offered something similar. The software addition includes 20 different scene options, including Night, Snow, Street Scene, Birds, Indoors, Text, Food, Pets, Flowers and Sunset.

It’s a diverse and interesting bunch, and should go a ways toward helping amateurs take decent photos with Samsung’s industry leading cameras. But Flaw Detection is an interesting and unsung addition here. The feature alerts the user if a shot is blurry, there’s a smudge on the screen, the image is overly backlit or if the subject blinked at the precise wrong moment.

As Samsung put it, the new phone “does everything but take the picture for you,” and with Flaw Detection, the system takes a step closer to eliminating the weaestk link: humor error. I.E., you, dear user. Blinks and the like are easy enough to overlook, and amateur users might not be entirely aware of what excessive backlighting can do to an image (i.e. completely ruin it).

It’s getting harder and harder to distinguish phone imaging based on hardware alone. The camera you get on any 2018 flagship is going to be pretty damn good at this point. These new software features, on the other hand, go a ways toward making sure you’re able to take advantage of that sophistication, regardless of skill level.