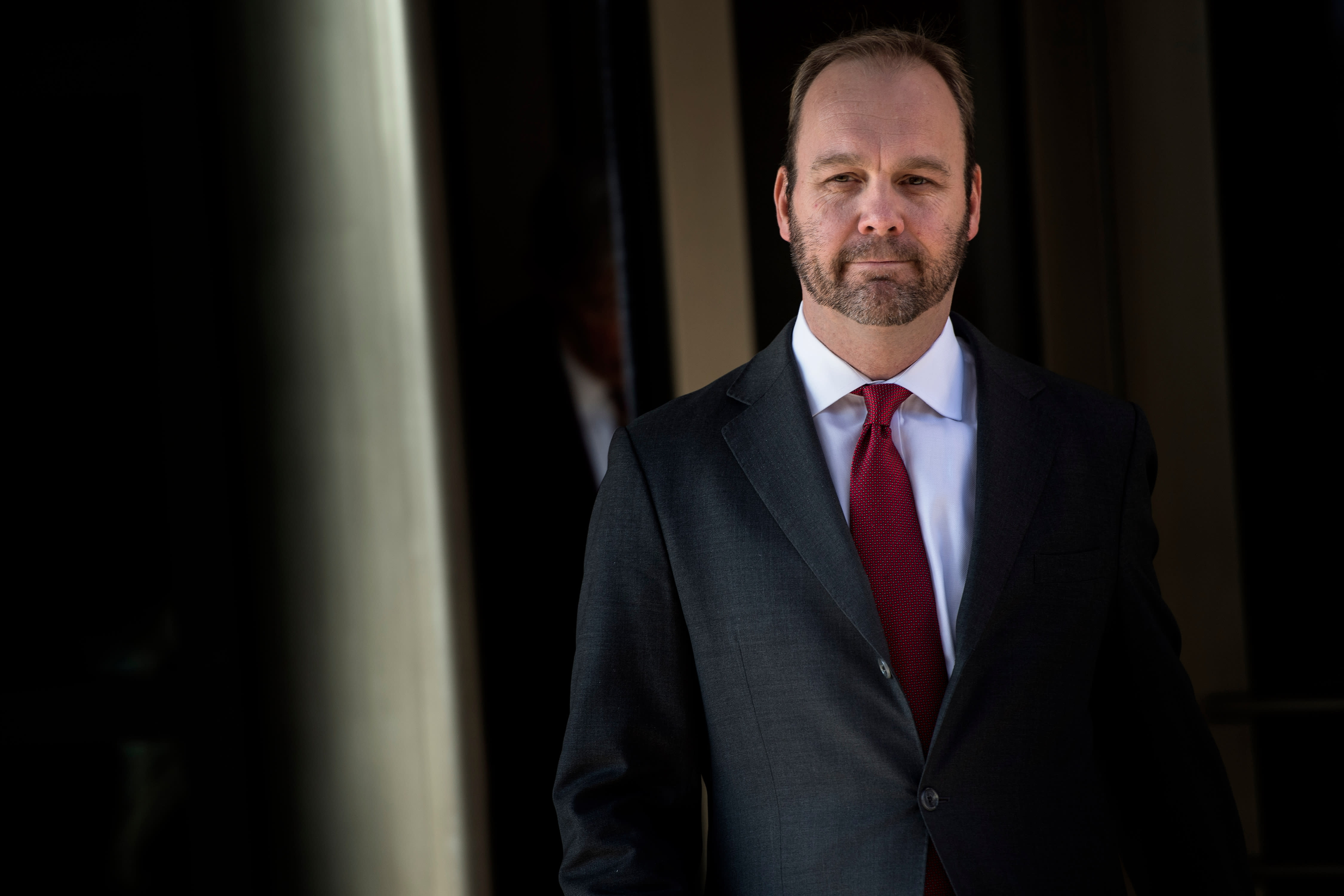 Rick Gates, the star witness in Paul Manafort’s fraud trial, concluded his testimony Wednesday, with a defense attorney suggesting that his “secret life” included multiple extramarital affairs. Defense attorney Kevin Downing questioned him for only eight minutes before a prosecutor asked him questions designed to restore his credibility in the eyes of the jury. Downing then dropped a bombshell question.

Gates finished his testimony Wednesday after admitting that his secret life of cheating on his wife was more extensive than he had indicated earlier.

Gates, Manafort’s right-hand man in the consulting business and in the Trump campaign, acknowledged Tuesday that he had an affair aided by money he stole from his boss and that he rented an apartment in London for two months. Gates said it was a mistake a decade ago that he regretted.

But on Wednesday, Downing suggested that Gates had withheld the extent of his philandering from prosecutors working for Special Counsel Robert Mueller. Downing asked Gates whether he had told prosecutors that he had four extramarital affairs.

Prosecutor Greg Andres immediately objected and U.S. District Judge T.S. Ellis III met in a sidebar conference with lawyers. The judge appeared to sustain the objection because Gates never answered the question. Downing had made his point.

Downing then asked whether Gates’s “secret life” spanned the four-year period from 2010 to 2014, when he was embezzling from Manafort.

“I’ve made many mistakes over many years, and I regret them,” Gates said.

Downing pressed again on whether that secret life covered those four years, Gates said it did.

After questioning Gates for two hours on Tuesday, Downing finished in less than 10 minutes on Wednesday. Andres sought to rehabilitate Gates with a series of rapid-fire questions about financial machinations underpinning the tax- and bank-fraud case against Manafort. He also asked Gates about his initial admission of the affair in London.

Gates said that relationship lasted five months and that he told his wife and Manafort about it. On Tuesday he had indicated that the affair lasted just two months.

“Did he fire you?” Andres asked. Gates said he didn’t.

Gates, who pleaded guilty and is cooperating with Mueller’s prosecutors, spent less than 70 minutes on the witness stand on Wednesday.