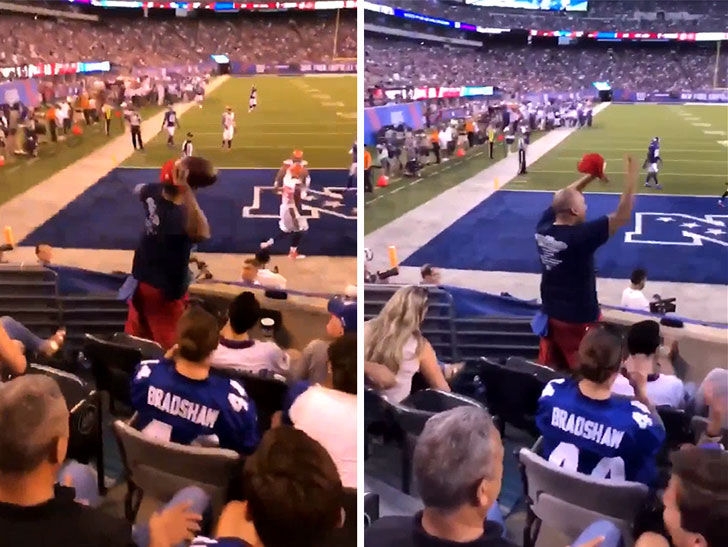 The lucky NY Giants fan who got Baker Mayfield‘s 1st-ever touchdown pass Thursday night — THREW IT BACK ON THE FIELD … and the whole thing is on video.

Baker hit Cleveland Browns tight end David Njoku for a 10-yard strike in the 2nd quarter — and Njoku tried to gift the ball to a fan in the end zone.

But, the fan wasn’t a Browns supporter — or a fan of money — because he took the valuable pigskin and fired it right back onto the field in disgust … screaming and yelling the entire time.

The fan then started pointing to his Giants hat while the crowd at MetLife Stadium in NJ cheered him on.

Ultimately, Big Blue lost the game — and the fan lost an opportunity to turn that collector’s item into a serious profit.