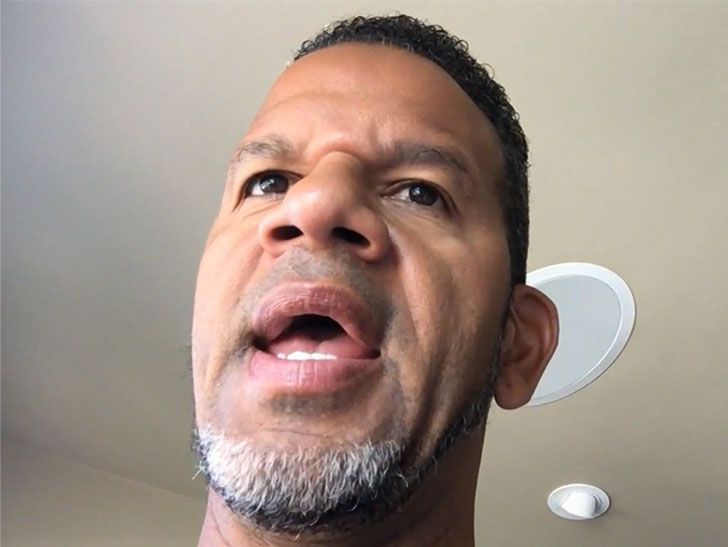 Bills Hall of Famer Andre Reed is siding with Cam Newton in his spat with Buffalo WR Kelvin Benjamin … telling TMZ Sports, K.B. needs to end the fight and focus on the season!!

Cam and Kelvin nearly came to blows before their preseason game Thursday when Newton confronted Benjamin about calling him a sorry QB to reporters.

Cooler heads prevailed … but the beef seemed far from over when the two separated — and now, Andre’s callin’ for Benjamin to end it.

“A lot of times you’re not going to like everybody you work with and things are going to arise,” Reed tells us.

“The next step for him is, ‘Okay, that’s over with. Now it’s up to me to be healthy … and help this Buffalo Bill team win and be a formidable factor when I’m out there on the field.'”

Guess the apology’s in the mail, Cam.