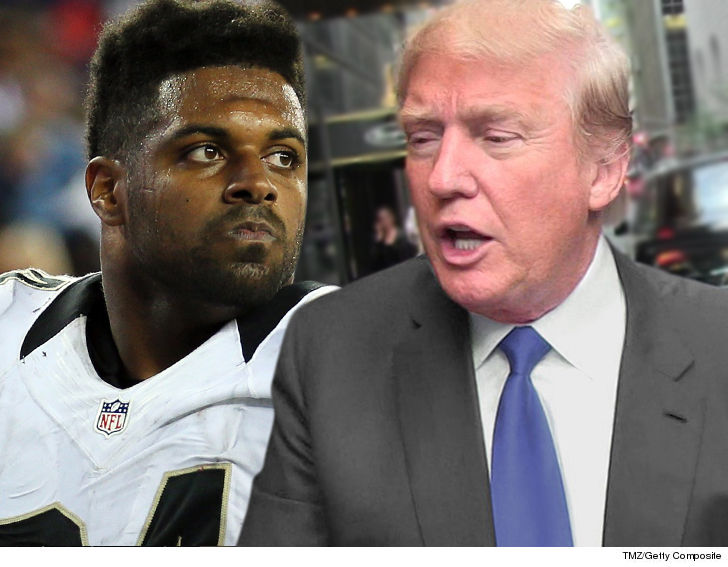 Donald Trump‘s most recent rant on the NFL’s anthem controversy has Cam Jordan PISSED OFF … with the superstar calling POTUS an “overly insecure prepubescent child.”

Trump lashed out at NFL players who continued to take a knee during the “Star-Spangled Banner” this morning … calling for them to either stand or face suspension.

The Saints Pro Bowler went to his own Twitter to tee off on Trump on Friday … saying, “Only way to say it. What a Goober. He is who I thought he was.”

“Guy is 70+ yr old acting out in what was once the highest respected political position, as a overly insecure prepubescent child…”

FYI — Jordan was one of the several Saints players to sit during the anthem last season …  and had talks with Drew Brees about promoting social justice while respecting the flag at the same time. 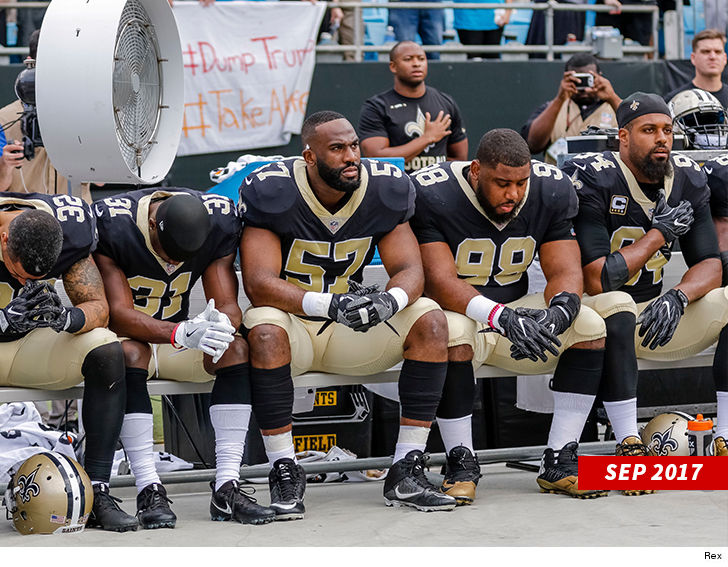 But, clearly, we still know where Cam stands.

“He won’t govern himself, give him a mentor? Right, members of his cabinet left on their own accord or were dismissed accordingly… But what do I know I’m just a guy who should stick to football.”