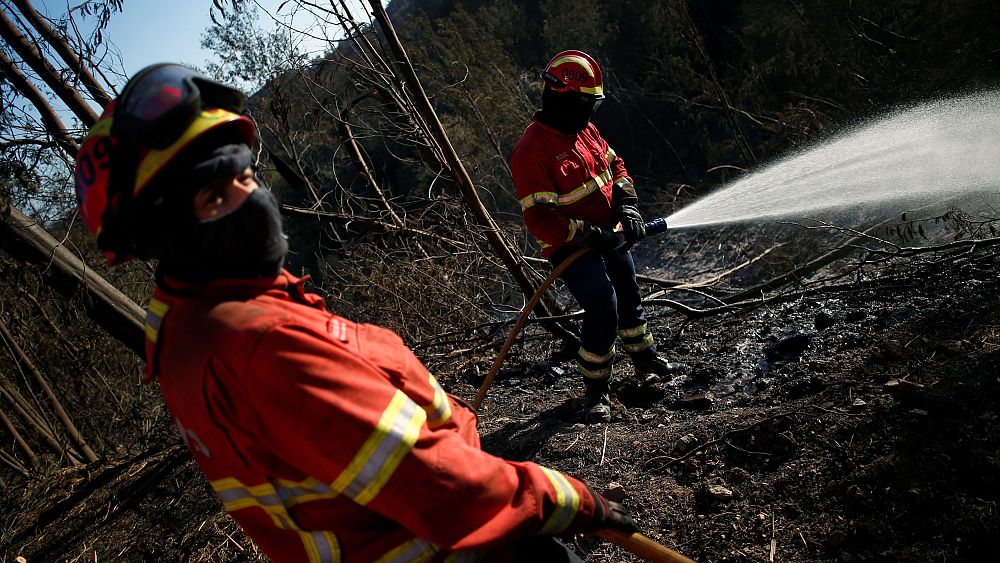 Firefighters in southern Portugal who have been fighting forest fires for a week fear they could rise up again, after a day when they were able to gain some control.
A spokeswoman for the country’s Civil Protection Authority, Patricia Gaspar, said on Thursday night that strong winds had diminished in intensity, but there was a need to remain vigilant as the risk of further fires remained strong.

Thousands of people have already been evacuated in the popular tourist region of the Algarve. Aircraft and helicopters have been shuttling between the sea and the mountains, dropping water over the scene of the catastrophe.

The area around Monchique has been transformed from a picturesque attraction, to what has been described as “a barren wasteland, reminiscent of a war zone”.

Euronews’ Filipa Soares reports for Good Morning Europe from the region where fires have spread to over seventeen thousand hectares.