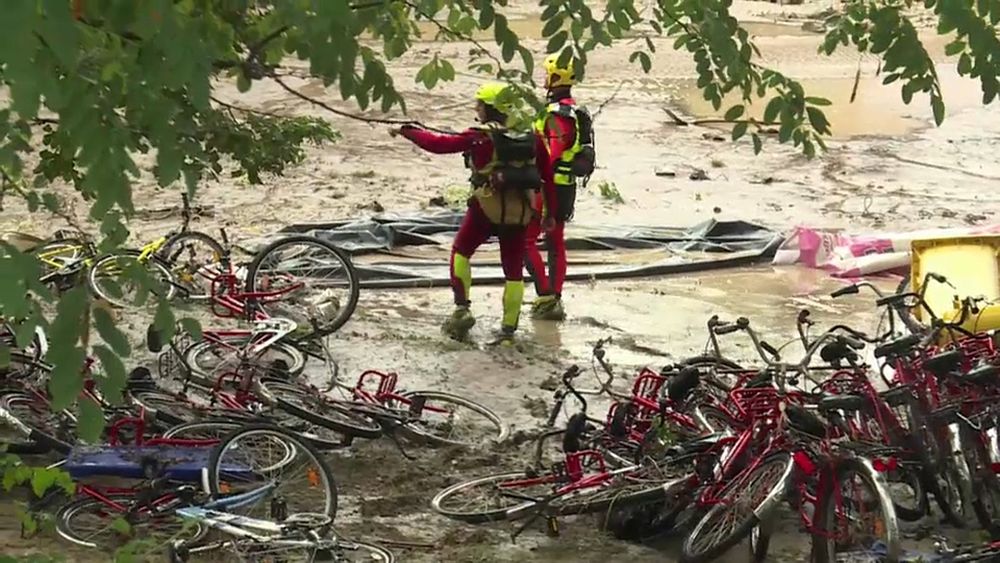 Two German owners of an unauthorised campsite in southern France have been detained by police. One elderly man is still missing and nine children were injured when two rivers in the northern Gard district burst their banks.
Among the 750 people moved to safety were 120 children from the campsite at Saint-Julien-de-Peyrolas.

Some 400 firefighters and police were involved in the rescue operation that was backed up with helicopters. Divers were searching the swollen waters on Friday in search of a 70-year-old German man. He is believed to have been supervising the children and one theory is that he was swept away by floodwaters.

French officials said the investigation will focus on possible charges of endangering the lives of others by concealed work and exploitation of a camping area without authorization.

According to the interior ministry, a total of 1,600 people, most of them campers, were evacuated as a precaution in Gard and the nearby Ardeche and Drome regions.

Several parts of central and southeast France are on flood alert after weeks of blazing temperatures erupted in storms on Thursday, turning several campsites into mudbaths.

Around 17,000 homes in the southwest and northeast were without power.