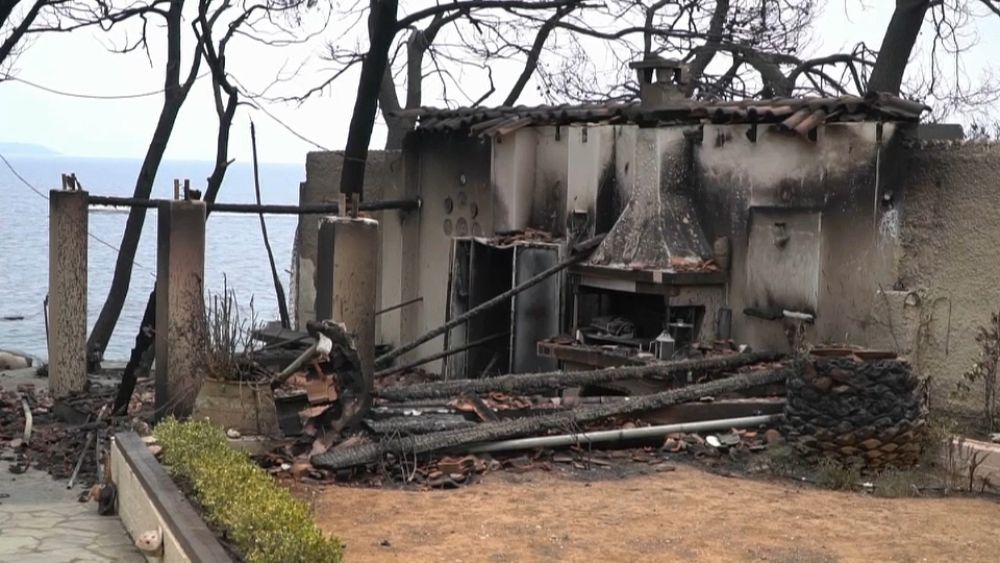 Thousands of homes in East Attica, burnt out and destroyed by last month’s catastrophic fires.
At least 93 people are confirmed to have died in the disaster.

As thousands try to rebuild their homes and livelihoods, Greece’s Government sets out a compensation plan. More than €130 million is expected to be issued.

It was revealed a mix-up during the catastrophe, between fireighters and police, left people stuck in narrow streets and survivors stranded for hours on beaches.