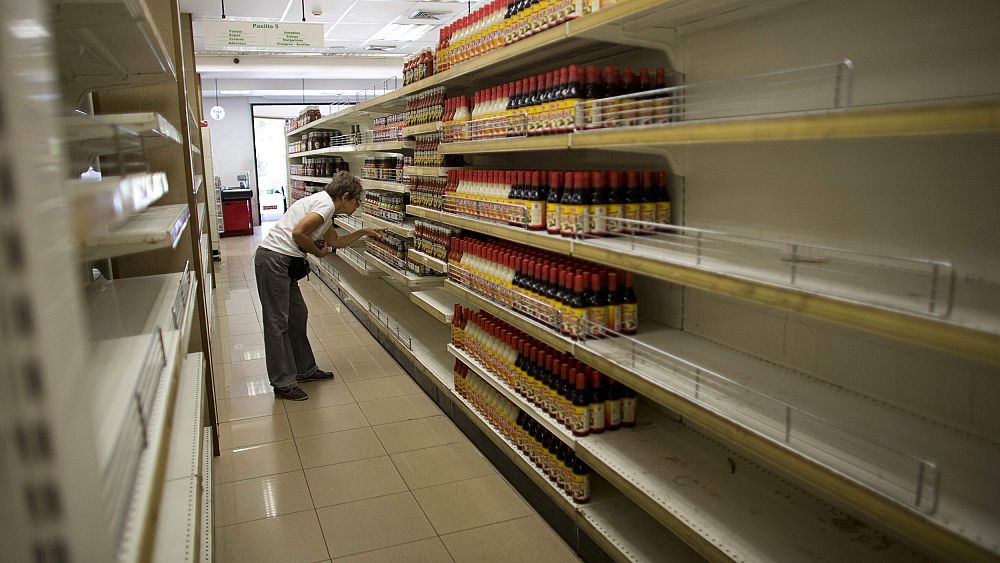 The recent and bizarre alleged assassination attempt on Venezuelan President Nicolas Maduro, complete with exploding armed drones, remains mostly a mystery. Regardless of who perpetrated it or why, however, the controversy is already allegedly being used by the regime to persecute political enemies and distract from the serious economic crisis besieging that country.

Despite constant condemnation from outside observers, the situation in Venezuela continues to worsen. A top UN official recently warned that the country is on the verge of turning into “an absolute disaster in unprecedented proportions for the Western Hemisphere.”

What was once Latin America’s richest nation, is now sending hordes of refugees into neighboring countries. Since 2016, nearly two million people have fled the country. Those unfortunate enough to stay are facing life-threatening shortages of food and medicine, one of the highest murder rates in the world and an annual inflation rate that now sits above 40,000 percent.

A national survey in 2017 found that 87 percent of families live below the poverty line. Nearly two-thirds of Venezuelans reported losing an average of 25 pounds in the previous year — some have called it the “Maduro diet.” The Pharmaceutical Federation estimates that 80 percent of drugs are not available in drugstores. There are outbreaks of diseases that had been eradicated or were under control, such as diphtheria, measles and malaria.

Maduro has reacted to the collapse of the economy by consolidating the dictatorship, intensifying human rights abuses (including torture) and further cracking down on the private sector. He claims that his regime is the victim of an “economic war” waged by the opposition and the United States. The reality is that this man-made tragedy has a well-known culprit: socialism.

Maduro has reacted to the collapse of the economy by consolidating the dictatorship, intensifying human rights abuses (including torture) and further cracking down on the private sector.

The seeds of this crisis were planted in 1999, when the late President Hugo Chavez came to power. He soon went about rebranding his nationalist Bolivarian revolution, proclaiming it 21st-century socialism. Chavez dramatically increased the size of the government payroll and the reach of social programs. In fairness, patronage had been a common practice in Venezuela for decades. However, buoyed by more than $1 trillion in oil revenues during his time in office, Chavez took that practice to unprecedented levels. These social policies earned him popularity at home and plaudits from abroad — including from Nobel laureate Joseph Stiglitz — even though they were financially unsustainable. Today, an estimated 60 percent of Venezuelans are reportedly dependent on government handouts.

Chavez also nationalized and expropriated key industries, mostly in the agribusiness, commerce and food sectors. Driven by his ideological agenda, the government seized 1,168 enterprises and farms between 2002 and 2012. Most of them were run into the ground due to sheer incompetence, sleaze and negligence, decimating Venezuela’s productivity. According to Fedeagro, the leading agricultural association, the country imports 75 percent of the food it consumes.

Economic controls also played a major role in the destruction of Venezuela’s private sector. Currency and price controls were first introduced in 2003 when inflation and capital flight began to surge. At this point, the government became the sole official provider of dollars, a process that was characterized by cronyism and corruption. Countless businesses were starved of access to hard currency due to political reasons or lack of connections. Chavez also instituted harsh mandates on credit,ordering banks to channel an increasing share of their portfolio to mostly unviable pet projects. The tightening of price controls in 2011 and 2014 was the last nail in the coffin for many companies since it forced them to sell their products below production costs. This contributed to widespread shortages.

A key element in Venezuela’s crisis is the mismanagement of its oil. One might expect that having one of the largest reserves of crude in the world would be a blessing; instead, Venezuela has turned natural resource wealth into a curse. In 1976 the government nationalized the exploration, production, refining and exporting of crude under the aegis of a state-owned monopoly, PDVSA. Still, for over two decades the company enjoyed administrative autonomy and built a reputation for efficiency and competence. That changed in 2003, however, when Chavez took over PDVSA, dismissed more than 18,000 of its most qualified employees, and replaced them with loyalists with little industry experience. Chavez weaponized PDVSA, using it to finance his social programs, prop up regional allies and invest in dubious schemes marred by widespread corruption. As a result, production has steadily declined since 2002. This phenomenon has further accelerated in recent years, with oil output in April falling to its lowest level since 1949.

One might expect that having one of the largest reserves of crude in the world would be a blessing; instead, Venezuela has turned natural resource wealth into a curse.

And yet, the collapse in both the price and production of oil that took place in 2014 triggered, but did not cause, the current economic crisis. It laid bare a ruined productive sector that could not satisfy domestic consumption and exposed the unsustainable nature of government spending. This has had a two-pronged effect. Printing money substituted oil revenues as a source of government finance, which resulted in hyperinflation. At the same time, imports fell dramatically as oil accounts for 98 percent of export earnings. By 2017, imports had dropped by nearly 75 percent as compared to 2013 levels.

Venezuela is not simply governed by incompetent ideologues. Regime leaders run a criminal gang. Two former ministers turned-critics estimate that over $300 billion of oil revenues have been stolen in the past decade. The armed forces are deeply involved in smuggling and drug-trafficking. The U.S. Treasury Department has sanctioned several high-ranking government and military officials as “drug kingpins,” including Tareck El Aissami, the 43-year-old minister of Industries and Production, who has had half a billion dollars in assets seized by the U.S. authorities. The criminal nature of Venezuela’s regime makes it highly unlikely that its leaders will surrender power peacefully.

Venezuela is in free fall. Unfortunately, we haven’t seen it hit bottom yet.

Juan Carlos Hidalgo is a policy analyst on Latin America at the Cato Institute’s Center for Global Liberty and Prosperity.