Educators already don’t get paid enough, and those that work in preschools or daycares often make 48% less. Meanwhile, parents struggle to find great early education programs where kids get receive enough attention and there’s space, but they don’t need special connections or to pass grueling admissions interviews to get in.

Any time there’s a lousy experience people have an emotional connection to and spend a lot of money on, there’s an opportunity for a startup. Enter ‘Wonderschool‘, a startup that lets licensed educators and caretakers launch in-home preschools or daycares. Wonderschool helps candidates get licensed, set up their programs, launch their websites, boost enrollment, and take payments in exchange for a 10 percent cut of tuition. The startup is now helping run 140 schools in the SF Bay, LA, and NYC where parents are happy to pay to give their kids an edge in life.

That opportunity to fill a lucrative gap in the education market has attracted a new $20 million Series A for Wonderschool led by Andreessen Horowitz. The round brings the startup to $24.1 million in total funding just two years after launch. With the cash and Andreessen partner Jeff Jordan joining its board, Wonderschool is looking to build powerful lead generation and management software to turn teachers into savvy entrepreneurs.

“Finding good childcare has become one of the most difficult experiences for families. I’ve seen parents who are making a livable wage in urban cities like San Francisco and New York still struggle to find and afford quality childcare” says co-founder and CEO Chris Bennett. “We wanted to deliver a solution for parents that also had the potential to create jobs and empower the caregiver — that’s Wonderschool.”

By spawning and uniting programs across the country, Wonderschool could scale as the way software eats preschool. But without vigorous oversight of each educator, Wonderschool is also at risk of a safety mishap at one of its franchises ruining the brand for them all. 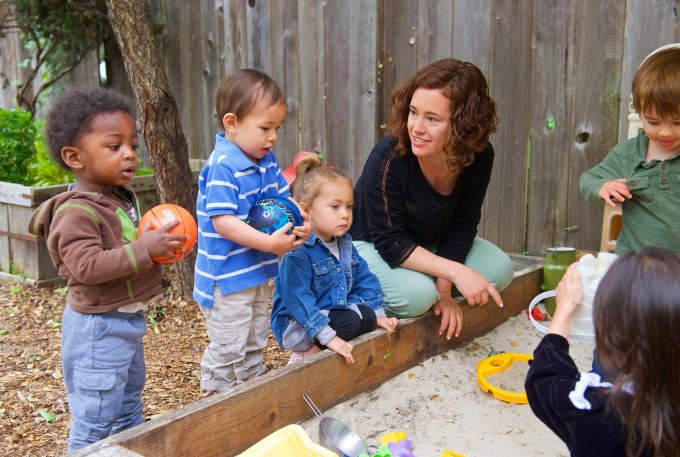 Wonderschool started when co-founder Arrel Gray was having trouble finding childcare for his daughter close to home. “My little sister went to an in-home preschool, so I suggested he check them out” says Bennett. “But he wasn’t very satisfied with the options – the majority were full and some didn’t meet the expectations for his family. We also found that they didn’t use the internet much so they were hard to find and contact.”

The two were looking to pivot their social commerce startup Soldsie after Facebook algorithm changes had curtailed its growth. Their research led to the discovery of just how much lower preschool and daycare workers’ wages were. “When we had the idea we thought, ‘what the best way to test this?’ Why don’t we start a preschool ourselves’” says Bennett. “So we rented a home in the Berkeley Hills, hired an amazing educator, set up a school and started one. The school ended up being a huge success. Five-star reviews on Yelp. A high NPS. Parents loved the place.” It also scored the teacher a 3X higher salary than before.

With that proof, Wonderschool went on to raise $4.1 million from Josh Kopelman at First Round Capital, Omidyar Network, Cross Culture Ventures, Uncork Capital, Lerer Ventures, FundersClub, and Edelweiss. That let them flesh out the business. Wonderschool would recruit existing teachers and caregivers or guide people to get licensed so they could launch in-home schools. There, the teachers can pick whatever curriculum or format they want, like Montesori or nature-focused learning.