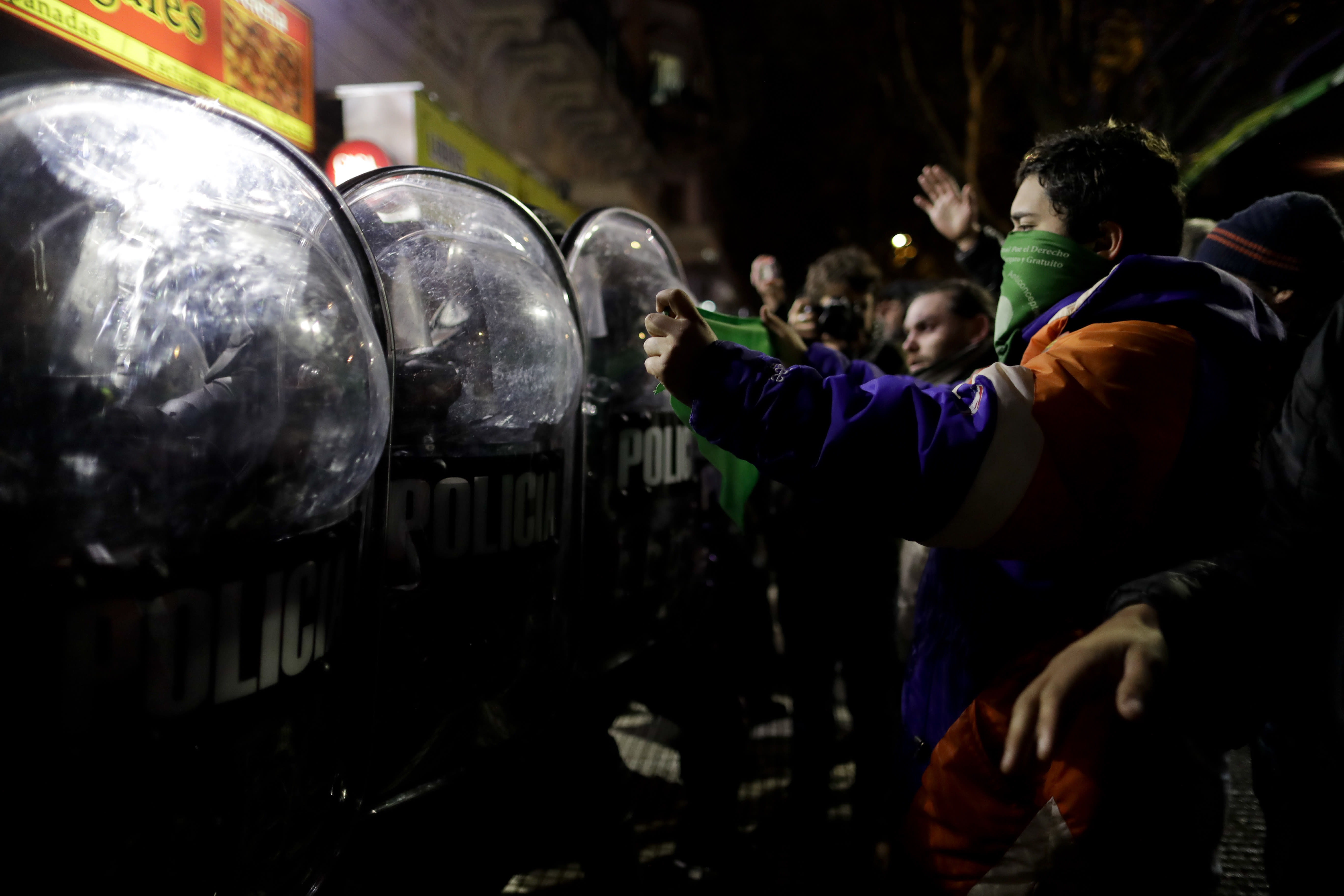 Argentina’s Senate rejected a bill Thursday to legalize elective abortion, a defeat for a grassroots movement that came closer than ever to achieving the decriminalization of the procedure in the homeland of Pope Francis.

Lawmakers debated for more than 15 hours and voted 38-31 against the measure that would have legalized abortion in the first 14 weeks of pregnancy. The decision could echo across Latin America, where the Roman Catholic Church has lost influence and moral authority due to secularization, an out-of-touch clerical caste and an avalanche of sex abuse scandals.

For long hours, thousands of supporters, wearing green handkerchiefs that represent the effort to legalize abortion, and opponents of the measure, wearing light blue, braved the heavy rain and cold temperatures in Argentina’s winter to watch the debate on large screens set up outside Congress.

The demonstrations were largely peaceful, but after the vote, small groups of protesters clashed with police, throwing firebombs and setting up flaming barricades. Police officers responded with tear gas.

Pushed by a wave of demonstrations by women’s groups, the lower house had already passed the measure, and conservative President Mauricio Macri had said he would sign it, even though he is anti-abortion.

“Regardless of the result, today democracy wins,” Macri said ahead of the vote.

In Argentina, abortion is only allowed in cases of rape and risks to a woman’s health. Thousands of women, most of them poor, are hospitalized each year for complications linked to unsafe abortions. (AP)