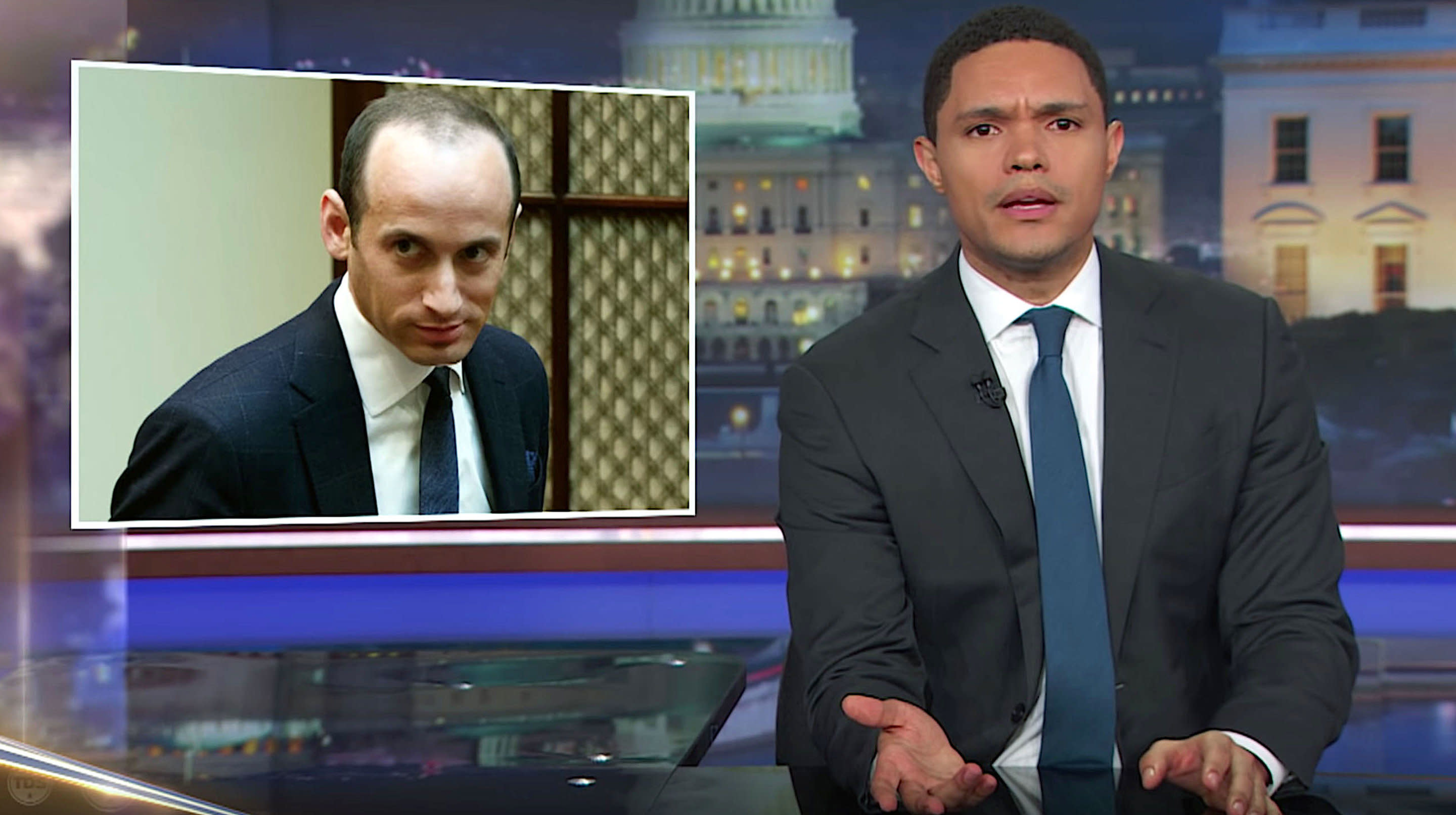 The president’s attitude toward immigrants was weighing heavily on Trevor Noah on Wednesday night’s “Daily Show.”

“Immigrants,” Noah said. “They’re the one thing Donald Trump hates more than reading and suits that fit. And who can blame him? Immigrants are responsible for two of his worst marriages.”

Trevor acknowledged that Trump initially was focused on immigrants who entered the country illegally.

“Since Trump began his campaign, he’s had it out for illegal immigrants,” Noah said. “And it feels like every week the Trump administration rolls out a new policy aimed at drop-kicking immigrants out of America. But this week was a doozy.”

Now, he said, legal immigrants are being targeted in a policy proposed by White House senior adviser Stephen Miller.

“That’s right,” Noah said. “Trump is now coming for legal immigrants. And I just wanted to say, thank you so much for having me. I’ve had a wonderful time.

“I mean, don’t get me wrong. I always thought I would get kicked out of America, but I thought it would be for the way I say ‘zebra.’ Not just for being an immigrant. Yeah, and I’m going to stick with that. It’s zebra. It’s just like Debra but with a zed. And it’s not a zee, it’s a zed.”

Check out the video above to see why Noah says Trump’s immigration policies are like a sexually transmitted disease.