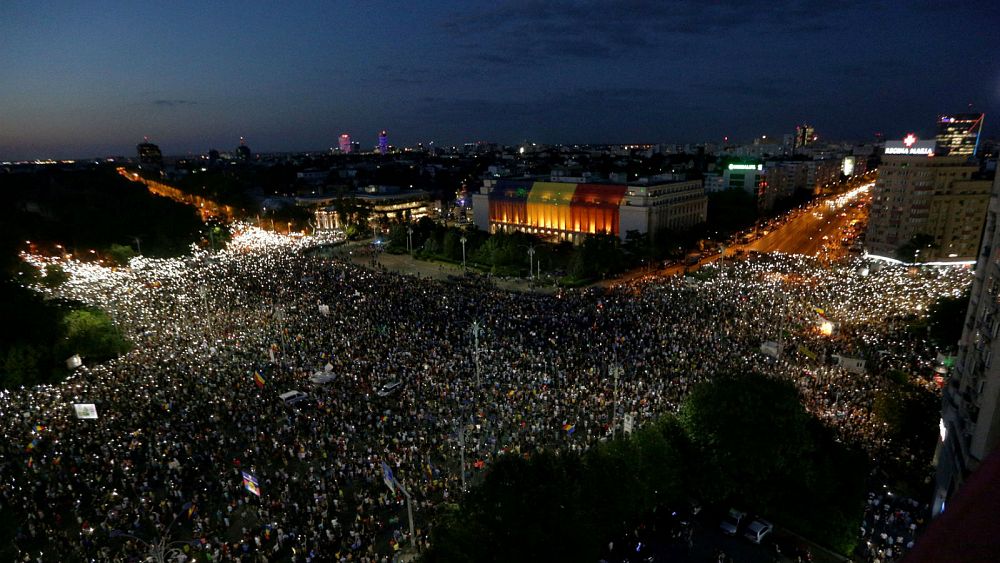 Thousands of protesters — including many expatriates returning home — hit the streets of Bucharest on Friday to demand the resignation of the government.
They are upset at alleged moves by the ruling Social Democrat Party (PSD) to weaken the judiciary and decriminalise some low-level corruption offences.

There was some violence: protesters tried to break through a security line while others threw bottles and rocks, reported Reuters.

More than 400 people required medical assistance, the emergency intervention agency ISU said, including two riot police who got separated from their unit.

Tens of thousands staged peaceful protests in other Romanian cities.