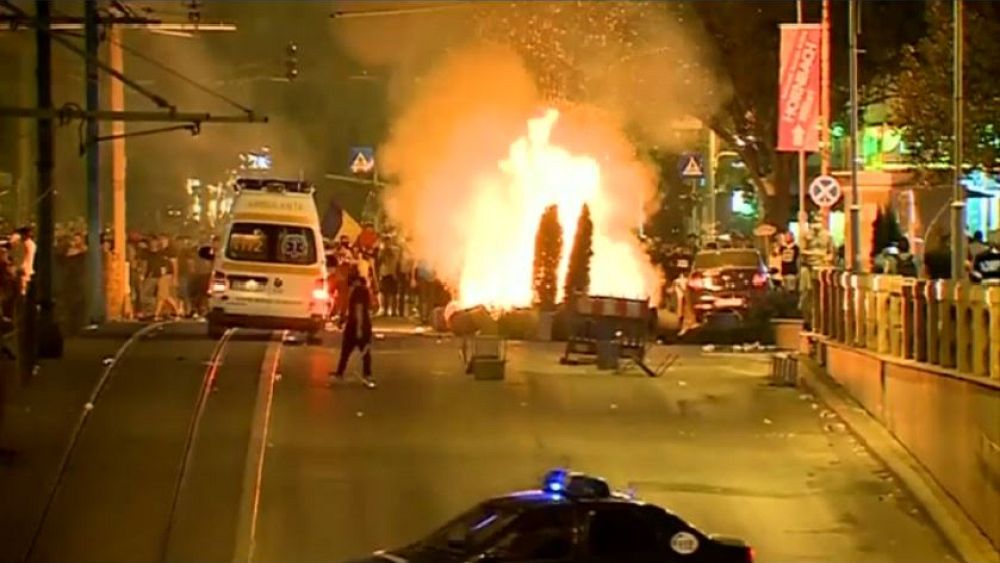 Romania is in a state of high tension after an anti-government protest turned violent – leading to more than 450 people being injured.
President Klaus Iohannis – who is a political opponent of the government – said in a tweet that he has asked the Romanian Attorney General to investigate the actions of both police and demonstrators in Friday nights clashes.

Eyewitness reports suggest that what had been a peaceful protest against government corruption degenerated when a hard core of trouble-makers attacked the police.

The authorities’ actions appeared to lack discrimination, with apparently peaceful demonstrators being sprayed with water cannon and teargas.