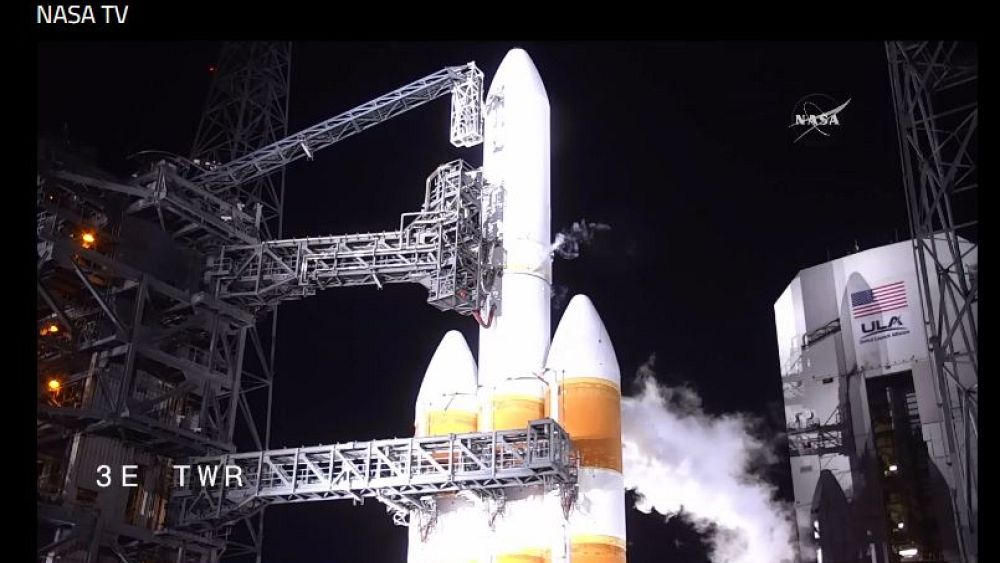 NASA has postponed the Saturday launch of its newest spacecraft, called the Parker Solar Probe, aboard a huge United Launch Alliance Delta IV Heavy rocket.
The last-minute delay means the probe will now be launched on Sunday.

This will allow engineers more time to investigate a red flag that was raised in the last moment before liftoff.

The problem had to do with the gaseous helium pressure alarm on the spacecraft, officials said early Saturday.

Once launched, the Parker solar probe may contend with temperatures upwards of 2500 degrees 1371 C when it reaches the sun’s atmosphere – also known as the corona.

However, it won’t get its wings burnt. Advanced carbon composite shielding will keep its delicate instruments cool.

If all goes as planned, the car-sized spacecraft will swing around Venus and make its first close encounter with our star in early November.

Sending a spacecraft closer to the sun than ever before, it will embark on a nearly seven-year venture, becoming the first spacecraft to have a direct encounter with a star.

It will travel about 4 million miles from the sun’s surface, seven times closer than any spacecraft before it.

On its closest approach to the sun near the end of the mission, the Parker Solar Probe will become the fastest spacecraft ever launched.

The $1.5 billion mission will revolutionise our understanding of the sun.