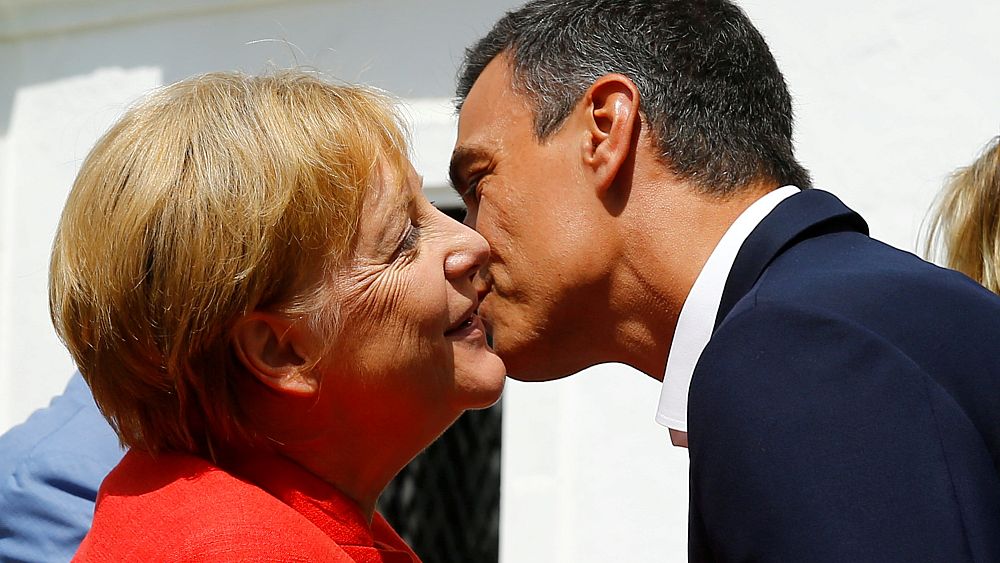 They’re to promote their shared vision at next month’s EU summit in Austria.

At least 1,500 other migrants have died so far this year in the dangerous Mediterranean crossing.

Spain’s PM Pedro Sanchez said: “While there are just 14km separating Spanish, and therefore European, coasts from North Africa, there is a highly important distance of economical, social, human rights and political stability. The greater the gap the more travesties there will be in our Mediterranean waters. So trying to close that gap of inequality must be one of our main goals in the present European Union.”

German Chancellor Angel Merkel said: “So far we have not found a solution. But the more countries that believe sharing a fair burden is needed for those who can permanently stay with us as they’re entitled to asylum or a civil war refugee status, that’s something the European Union must achieve.”

During 2018, there has been growing populist opposition among other EU nations to taking in more asylum seekers.

Spain have agreed with Merkel’s pleas to take back migrants who are already registered there but have tried to enter Germany.

Merkel is also in similar talks with Greece and Italy