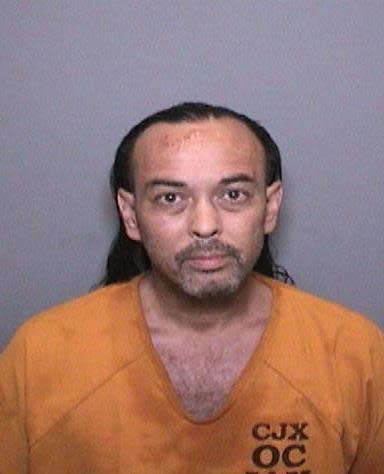 Police have arrested and charged the man suspected of starting the “Holy Fire” that has destroyed up to 14 structures, Orange County District Attorney’s office said.

Forrest Gordon Clark, 51, was charged with two counts of felony arson, one count of felony threat to terrorize, and one count of misdemeanor resisting arrest on Thursday. If convicted he faces up to life in prison. He is currently being held on $1 million bail.

The Holy Fire has already burned over 18,000 acres since it began at the Cleveland National Forest’s Trabuco Canyon, near Orange County, on Monday afternoon. The blaze has quickly spread to Riverside County and it remains only 5% contained, U.S. Forest Service officials said Friday. The fire has grown quickly because of high temperatures and the area’s steep terrain, according to the Cleveland National Forest. It has caused the evacuation of over 20,000 homes in Southern California.

#HolyFire morning update: 18,137 acres and 5% contained. For those wondering about containment, the hand/containment line grows as the fire grows. We continue to actively engage, but cannot get ahead of the fire. pic.twitter.com/We1OJuJIbB

The Holy Fire is just one of the wildfires currently ravaging California. The Mendocino Complex Fire has burned through over 290,000 acres in Northern California and as of last week was named the largest wildfire in California history.