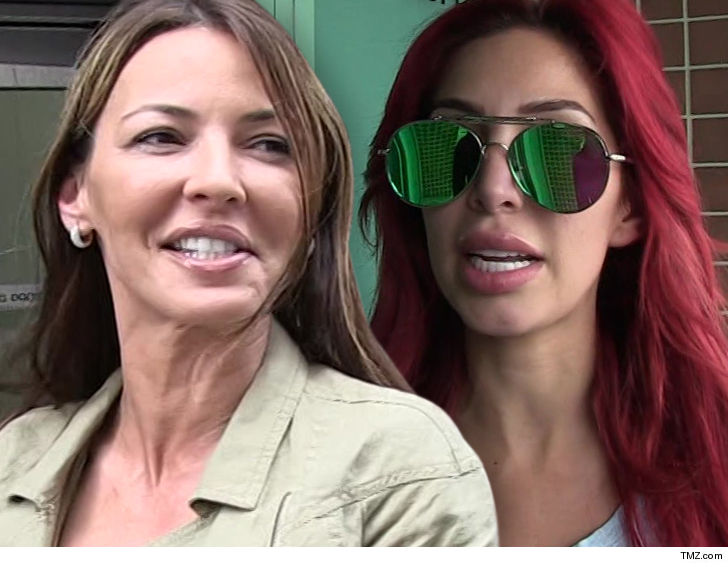 Drita D’Avanzo was dead set on rearranging Farrah Abraham‘s face, but Farrah backed out ’cause getting mangled in a celebrity boxing match was just too much to handle … this according to Drita.

Drita tells TMZ … Farrah’s camp reached out to her manager about making her the opponent for a celebrity boxing match. ICYMI … Farrah had said she would be interested in fighting Kim Kardashian or even the “Mob Wives” star.

After getting called out on social media, Drita responded saying she’d be down to fight “in a #cage where u belong u filthy #animal.” Shortly after that post, Farrah rescinded the offer … reportedly saying bullies aren’t allowed in the ring with her.

But, Drita tells a different story … saying Farrah called up the event promoter and expressed she was too scared after hearing what Drita wanted to do to her — punch her squarely in the face for the knockout. Drita says she’s pissed and annoyed at losing out on the chance.

Farrah’s instead gonna fight ‘Flavor of Love‘ star Nicole “Hoopz” Alexander. As far as Drita’s concerned … Farrah’s lucky she went with someone besides her.