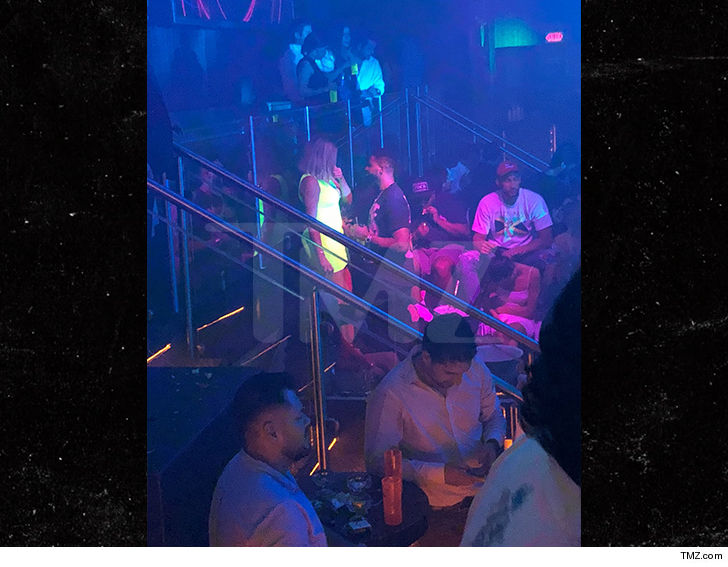 Khloe Kardashian and Tristan Thompson stuck out like a sore thumb (or a green thumb?) this weekend in Mexico — partly due to wardrobe … not to mention the company they kept.

The two parents were partying at La Santa nightclub in Puerto Vallarta — sans True, of course — very early Saturday morning, where Khloe wore a bright green highlighter dress … and Tristan stood at his usual 6’9″. Safe to say, you couldn’t miss ’em if you were there.

Speaking of which … one guy who definitely didn’t pass up a chance to chat the couple up was ‘Girls Gone Wild’ founder Joe Francis. He was hanging out as well. 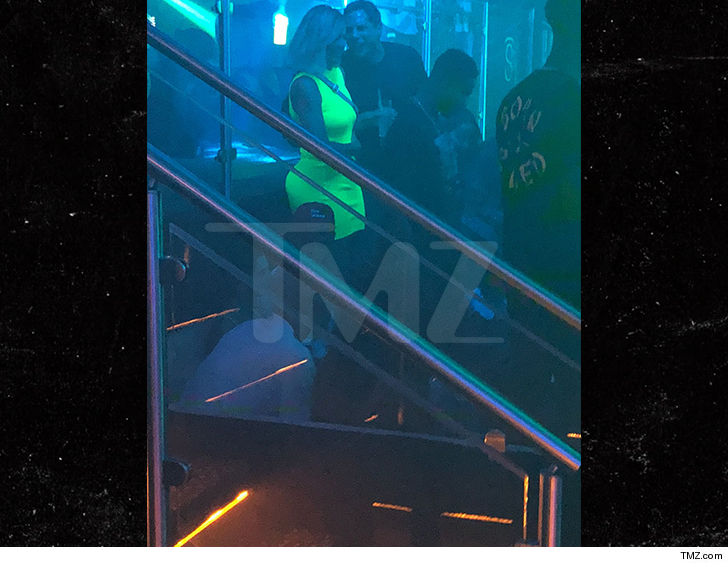 The Kardashians — and tons of other celebs — have been known to frequent Joe’s nearby Punta Mita oceanfront estate. He reportedly hit a snag last year though after a judge ruled he couldn’t profit off the property anymore due to alleged fraudulent activity … but Joe’s refuted that saying “It is business as usual at Casa Aramara in Punta Mita Mexico.”

Anyway … all still seems to be well in casa de Thompson too. He was cupcaking pretty hard with Khloe inside the club months after his cheating scandal.