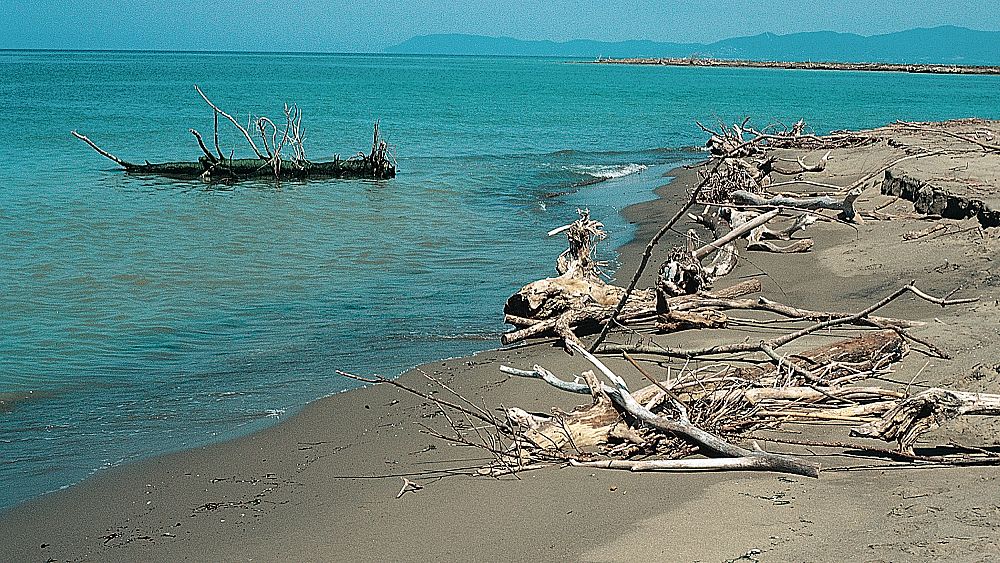 GENOA, Italy — The women featured in Sandro Botticelli’s painting “The Birth of Venus” and Leonardo da Vinci’s “Mona Lisa” have long been recognized as poster girls of the Italian Renaissance.Their faces are among the most famous in art history, and yet their true identities have been shrouded in mystery for more than 500 years.With the help of historians, that appears to no longer be the case.The muses’ living relatives bask in the knowledge that their ancestors were immortalized in the timeless paintings. Likewise, the modern heirs of Caravaggio — known as the bad boy of the late Renaissance — still live in the same town the master painter called home.NBC News tracked down these descendants and learned how they — together with millions of people around the world — continue to celebrate the lives of their ancestors.’An icon of beauty’When Simonetta Cattaneo was 10, her grandmother gave her a print of Botticelli’s “The Birth of Venus.””I remember that she pointed at the Venus and said, ‘She is one of our ancestors,'” she explained.
Cattaneo, 29, shares more than just ancestry with the woman believed to have inspired Botticelli and his famous painting of the goddess of love. She shares her name as well.The elder Simonetta Cattaneo was born in 1453, got married at 16 and moved to Florence not long after.”Her beauty inspired artists, poets and painters, including Botticelli,” the modern-day Cattaneo said. “You can say she was an icon of beauty in Florence at that time. She was like the ‘it girl.'”She was even crowned as the city’s “Queen of Beauty” during a jousting tournament organized by the powerful Medici family in 1475.Rocky Ruggiero, a Renaissance art expert from Rhode Island, who lives and teaches in Florence, said while there was little documentation about Simonetta and Botticelli’s relationship, it was “highly improbable” that they didn’t know each other.”They both lived on Via Nuova, a tiny street, 200 meters from each other,” he said. “So the fact is that they probably would bump into each other on a fairly regular basis.”The pair are buried next to each other at the Church of All Saints.”When Simonetta died in 1476 her funeral was held here and had a very special privilege, in that the casket was left open, so that the people of Florence could look upon her beauty one more time before she was entombed forever,” Ruggiero said. “Thirty-four years later, when Botticelli passed away, he specifically requested to be buried at her feet. So still today you can see their tombs side by side, for eternity.”Simonetta died 23, a decade before Botticelli painted “The Birth of Venus.” While that means she didn’t posed for him at the time, Simonetta believes her relative’s beauty stuck with the painter.”She was his muse,” she said. “Maybe it wasn’t a love affair, but this love, this inspiration lasted forever.”While Simonetta’s claim that her ancestor and namesake was the inspiration behind the Venus is credible, it is impossible to verify. But it’s unquestionable that it has made her a lover of the arts.Today, she is a manager at Rosenfeld Porcini, an art gallery in London.”It’s interesting how, even though every day I work with young, contemporary living artists, I always like to look back at ‘The Birth of Venus,’ and see where I come from.”That enduring gaze: the ‘Mona Lisa’Sisters Natalia and Irina Strozzi are the youngest generation in a dynasty so ancient that a drawing of its family tree spreads across the walls of an entire staircase in their thousand-year-old estate in the Tuscan countryside.For parts of the 15th century, the Strozzi were the richest and most influential family in Florence.Their descendants included bankers, musicians, a cardinal and even a relative of Winston Churchill, yet only one portrait hangs on the wall of their ancestral home: a copy of da Vinci’s “Mona Lisa.”

“That’s a portrait of Lisa Gherardini del Giocondo, one of our ancestors from 15 generations ago,” Natalia said. “But, of course, everyone knows her as ‘Mona Lisa.'”Lisa Gherardini was the wife of Francesco del Giocondo, a silk merchant and a friend of da Vinci’s.”Francesco must have asked Leonardo to paint his wife, probably to celebrate the birth of one of their children,” Natalia said. “It was nothing out of the ordinary.”Not everyone agrees. The portrait has been the focus of centuries of speculation and conspiracy theories as to the subject’s true identity.Some insist it’s the portrait of an ideal woman, while others claim it is da Vinci’s self-portrait. Many, however, agree with Natalia and Irina that, if the “Mona Lisa” was based on a real woman, it is their ancestor.

“I can tell you with complete certainty that the sitter in Leonardo’s famous portrait is in fact Lisa del Giocondo,” said art historian Rab Hatfield, who spent years researching the “Mona Lisa.”He added, “They can be certain that this in fact is their ancestor.”The sisters now spend their time running the winery that has been in their family since the 13th century. But their connection to the “Mona Lisa” remains a point of pride.”We have the same blood running in our veins,” Irina said.The Caravaggio conundrumDuring the Renaissance, many artists were named after the towns they came from.Just as Leonardo was from the Tuscan hamlet of Vinci (“da” mean “from” in Italian), Michelangelo Merisi called himself Caravaggio, after the small town in northern Italy where he grew up.

He is as famous for his use of light and shadow to create intense, realistic images as he is for his rebellious, violent character. The young artist is said to have killed a man during a brawl in Rome and then died under mysterious circumstances on a beach in Tuscany.However, unlike many of his fellow contemporary artists, both his town and his surname survived.”Many of us are called Merisio in this town. Even Caravaggio must have been called Merisio, as the ‘o’ was later dropped in the translation from Latin,” explained Alberto Merisio, 77, a retired engineer and an amateur painter.”So almost all of us thought, at some point, that we must have been descendants of the great painter. Deep down I always hoped I was related to him.”Alberto’s dream came true in 2010, when a group of experts from three universities collected DNA samples from people who shared his surname and who lived in the town.

Given the mysterious nature of the artist’s death, the first thing researchers had to do was positively identify Caravaggio’s remains.”To solve this enigma, we analyzed the bones unearthed in the cemetery where he was believed to have been buried. Only one matched his profile: It belonged to a 40-year-old man from the time of his death, and had a high concentration of lead, typical of painters,” said Silvano Vinceti, who led the group of researchers,They then compared Caravaggio’s DNA with that of the local residents.”Many tested positive, including Alberto,” Vinceti said. “So not only did we know we had Caravaggio’s remains, but we also found that several people there are related to him.”Another person who tested positive was Pepi Merisio, 88, a photojournalist who spent decades documenting Italian life for major magazines.Of the many pictures Pepi took, one is of Feniglia beach in Tuscany where Caravaggio is believed to have died.

It shows a strip of sand with overgrown brushwood and trunks of wood washed ashore by the sea — a lonely place to die.”Some critics say that I take photos like Caravaggio painted,” Pepi said. “The comparison is not that disproportionate. We both understood that lighting is what makes the difference.”