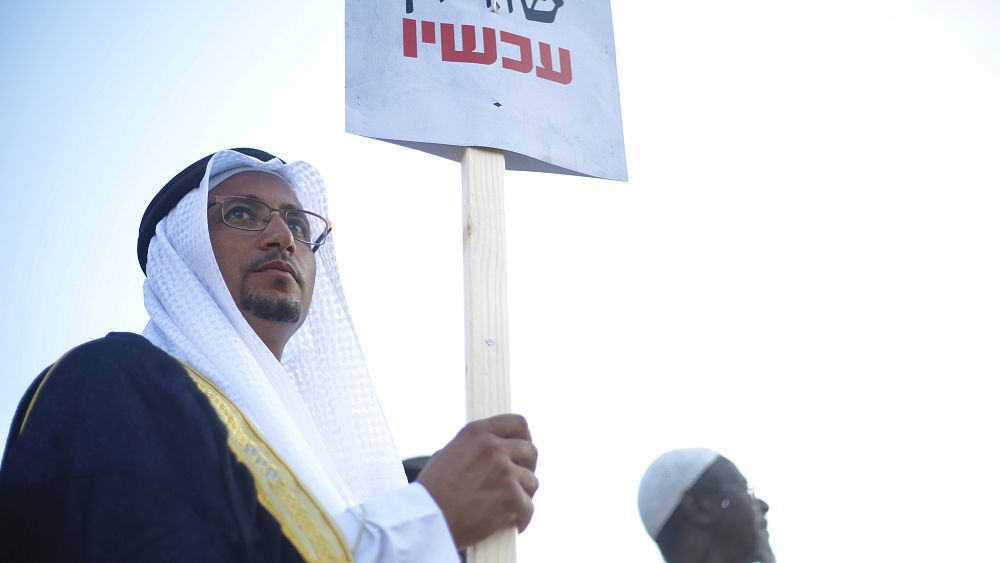 Israel’s 1948 declaration of independence defined the country as a Jewish and democratic state and the government says the recently passed bill merely enshrines the country’s existing character. But critics say it undercuts Israel’s democratic values and sidelines the country’s non-Jewish population, namely the Arab community that makes up 20 percent of the country.

One clause downgrades the Arabic language from official to “special” standing.

Prime Minister Benjamin Netanyahu posted footage on Twitter of protesters waving the Palestinian flags. “No better testament to the necessity of the Nation State law,” he wrote.

Ayman Odeh, an Arab member of the Israeli parliament, told The Associated Press: “This is the first time that tens of thousands of Arabs have come to Tel Aviv with Jewish democratic groups. They came to say this is not the end of the demonstrations, but the first serious demonstration against the Nation State law.”

Many Jewish Israelis, including top retired security officials and politicians, have also harshly criticized the law.

Omar Sultan, from the Arab city of Tira in central Israel, said he was protesting to send a message to Netanyahu.

Israel’s Arab citizens enjoy full citizenship rights but face discrimination in some areas of society like jobs and housing. They share the ethnicity and culture of the Palestinians in the West Bank and Gaza Strip and often identify with Palestinian nationalism, rather than Israel.

Tens of thousands of Druze, also members of the Arab minority, packed the same square in the heart of Tel Aviv, Israel’s cultural and commercial center, last week. The Druze are followers of a secretive offshoot of Shiite Islam and are considered fiercely loyal to the state and serve in Israel’s military, unlike most of the country’s other Arab citizens.

Over the years, members of the Druze community have risen to prominence in the military and in politics. Some Druze have said they feel betrayed by the law and several Druze military officers recently said they would stop serving in response to it, sparking fears of widespread insubordination.