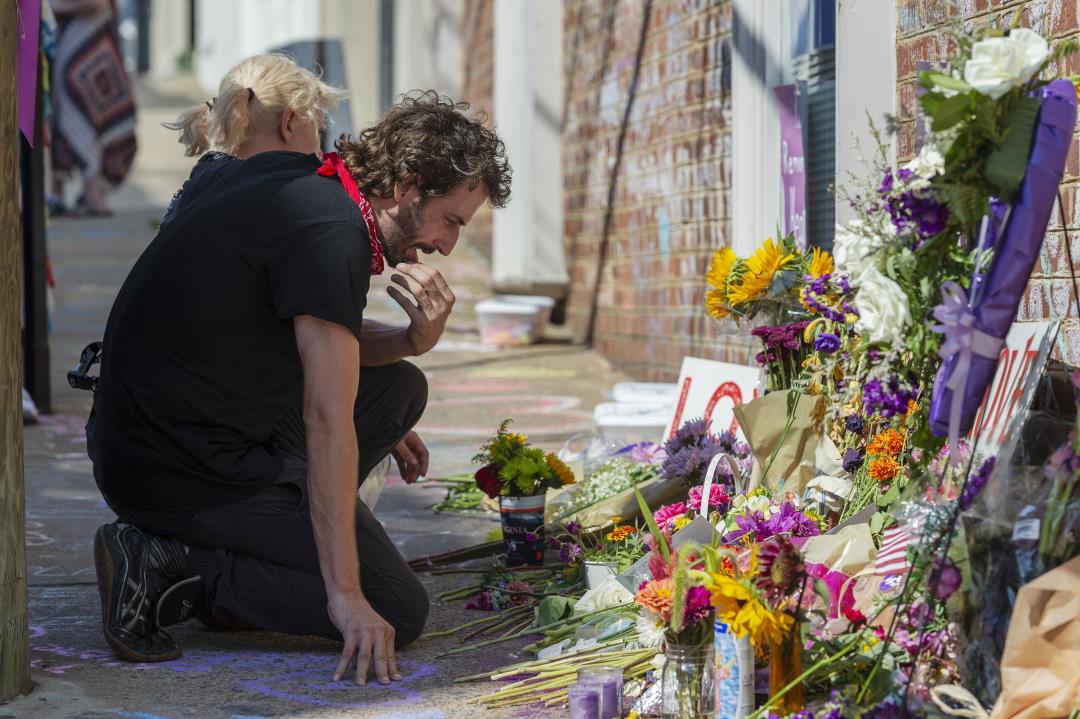 (Newser) – A day after tensions between police and activists nearly boiled over on the University of Virginia’s campus, Charlottesville is marking Sunday’s anniversary of a deadly gathering of white supremacists with a rally against racial hatred. Heather Heyer’s mother, Susan Bro, told the AP that she has been dreading the anniversary of her daughter’s death for months. On Sunday morning, she planned to bring flowers to the spot where her daughter was killed. Bro likened losing a child to standing in shallow water as waves roll continually in: “You let the wave wash over, and you don’t chase it. You let it go and you’re OK until the next one comes. But today, I feel like high tide is in.” Though no gatherings of white supremacists were scheduled, a heavy police presence of more than 1,000 officers thronged the city’s streets. “It’s really hard to defend our civil society when [police] do this,” one protester tells the Washington Post. “They just marched down on us without any provocation. Nothing. It just fits everything they say about them, and I’m not even an anti-police person.”

On Saturday evening on UVA’s campus, police had a brief, tense confrontation with students and other activists angry over a heavy security presence. They unfurled a banner reading “Last year they came w/ torches. This year they come w/ badge” and chanted “Why are you in riot gear? We don’t see no riot here.” More than 200 marched to another part of campus, where many shouted at a line of officers. Last year, 22-year-old Clara Carlson faced down the group of white supremacists who marched through campus, surrounding her and a group of friends. On Saturday night, she was angry at the police response to the student rally. “The university administration just let white supremacists roll through grounds with their torches, and for us, they’re afraid of us. They are afraid of us because we are demanding change from the university,” Carlson said.