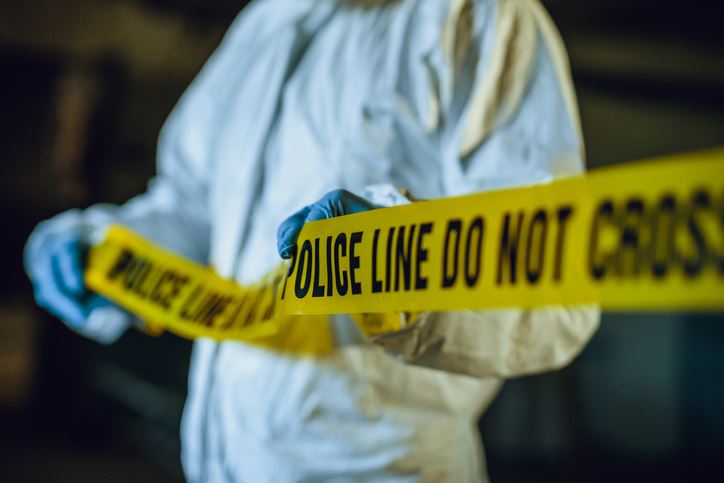 (Newser) – A strong smell outside a California supermarket turned out to be someone who had decomposed in one of the store’s entrance columns, ABC 7 reports. Police were called Saturday to the WinCo Foods in Lancaster after a plumber, told it was likely a septic problem, helped knock brick from the column and saw a shoe and a leg inside. “It’s been over 100 degrees up here every day,” says LA County Sheriff’s Lt. John Corina. “I can’t imagine being inside that column and just baking. It’s a strange development, and if he died that way, it’s a horrible way to die.”

Police say the victim may be a man who was stopped for a fake license plate Monday night, NBC Los Angeles reports. He crashed the vehicle, ran away from deputies, and got into the supermarket. The man “ran up the steps where the managers [are],” an eyewitness tells CBS Los Angeles. “And somehow he got on the roof. Last I heard he got away.” From up there, he could have reached the store fascia and descended into the column. Whether he died from the fall or baked inside is unclear; he was found on his feet with an arm stuck behind his head. “I saw some gooey liquid and it smelled really foul … it was oozing out of the pillar onto the pavement,” says a witness. “It smelled like death.”