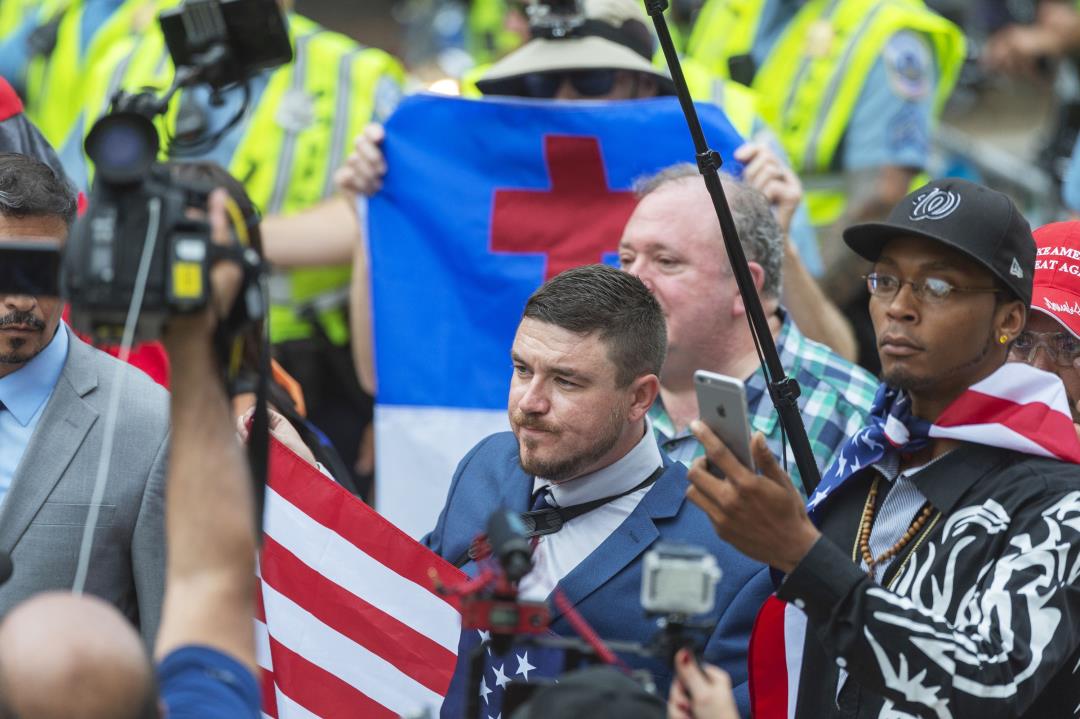 (Newser) – A contingent of about 30 white nationalists is was seen marching down a Washington street toward the White House surrounded by a protective bubble of police officers and vehicles, per the AP. Hundreds of counterprotesters were walking alongside the group but keeping on the sidewalks, many of them shouting and taunting the nationalists as they make their way to a park in front of the White House. The demonstration and counterdemonstration come on the anniversary of last year’s deadly gathering of neo-Nazis, skinheads, Ku Klux Klan members, and others in Charlottesville, Virginia. Sunday’s gathering was being led by the principal organizer of last year’s “Unite the Right” event, Jason Kessler, who calls the demonstration a rally for white civil rights.