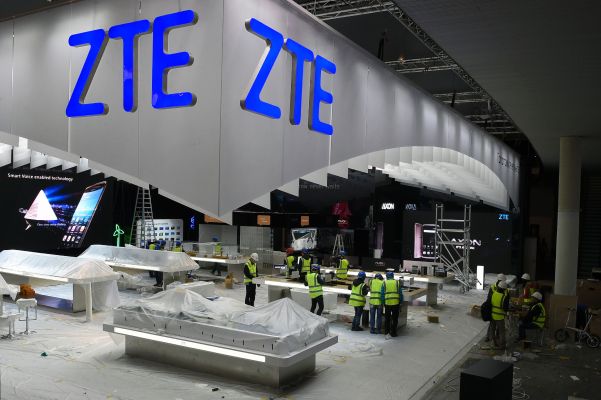 U.S. government agencies will be forbidden from using certain components or services from several Chinese tech firms, including Huawei and ZTE. The ban was signed into law today by President Trump as part of the Defense Authorization Act and will go into effect over the next two years.

The bill covers anything that is a “substantial or essential component of any system,” as well as tech that is used to route or view user data. So even though it doesn’t mandate an outright ban on Huawei and ZTE products, it still means many government workers or contractors, or companies that want to do business with the government, will have to jettison much of their current technology. The Defense Authorization Act also directs U.S. agencies to allocate funding to companies that need to replace equipment as a result of the new bill.

Last month, ZTE struck a deal with the Commerce Department to lift a denial order that was put in place after it violated sanctions against North Korea and Iran. The denial order, barring ZTE from working with American suppliers, would have seriously damaged its business and was a major point of contention in the U.S.-China trade war.

Lawmakers on both sides of the political aisle opposed the deal and continue to view ZTE as a security threat, but Senate Republications abandoned an attempt to re-impose sanctions on the company last month, which paved the way for the less severe provision in the Defense Authorization Act.

Huawei and ZTE, in particular, have been singled out as national security threats by the U.S. since a Congressional report in 2012. But the ban also covers video surveillance and telecommunications hardware produced by Hytera Communications, Hangzhou Hikvision Digital Technology Company and Dahua Technology Company, all Chinese firms.