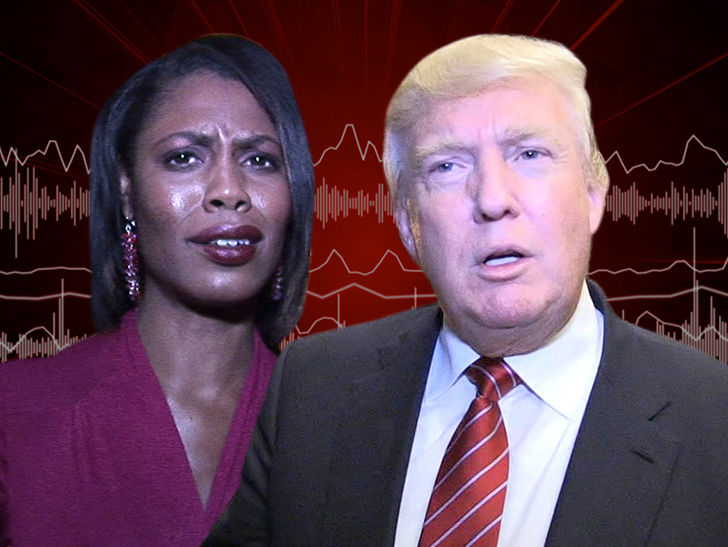 Donald Trump to Omarosa New Phone Audio … I Had No Clue You Were Fired!!!

President Trump either didn’t know his Chief of Staff fired Omarosa or he played dumb … this according to newly-released audio in which Trump tells her he had no idea she got the ax.

You hear Trump faintly express regret as Omarosa explains General John Kelly gave the Counselor to the President her walking papers the day before.

Omarosa also secretly recorded her conversation with Kelly, who would not say if Trump knew he was firing her.

She told TMZ on Sunday … she believed Trump was a racist who was trying to start a race war.  Omarosa says she heard an audio of an outtake of “The Apprentice” in which Trump allegedly used the n word.

The White House has lashed out at Omarosa, saying she’s a liar and a disgruntled former employee.