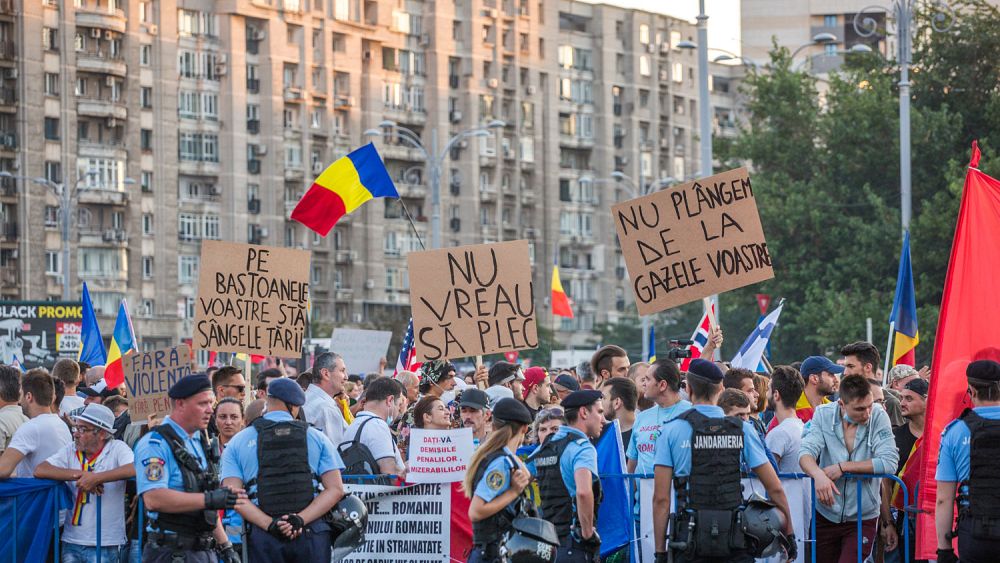 Since August 10th, 2018, tens of thousands of members of the Romanian diaspora have returned to the capital, Bucharest, and their home cities to express their growing discontent with the current government, led by the Social Democratic Party (PSD). According to Eurostat, Romanians are the largest migrant population in the European Union (EU), with one fifth working in other EU states. The diaspora members provide a crucial contribution to the country’s GDP. In 2017 alone, they sent EUR4.3 billion in remittances, while the preceding year ensuring EUR2.99 billion.

Joined in protest by numerous fellow nationals, the diaspora members demanded the resignation of the executive branch in response to its contentious recent decisions in the economic and legal fields. This included changes to the Penal Code that further enable political impunity and the firing of Laura Kovesi, the chief of the National Anticorruption Directorate (DNA), hailed for her competent work in internal and external circles.

While, over the past five years, the diaspora has generally been supportive of protest movements in the country, marching or adding its voice abroad, it is unprecedented to return to Romania in person to demonstrate and demand change.

The direct opposition between the diaspora and PSD is ultimately a battle for the country’s future. Relying on a mass of uneducated, rural supporters, PSD, the crowned successor of the communist party, is striving to maintain the political status quo, in which politicians brazenly make decisions that serve their own interests, not those of the people or the country. In contrast, exposed to different levels of political accountability and economic progress in their host countries, the diaspora, cosmopolite, increasingly skilled and demanding, already embodies the potential for an economically prosperous Romania led by a dignified and responsible political class.

The diaspora is the most powerful actor to take on the current leadership and change the country: it is not only Romania’s economic motor but also the physical symbol of years of economic mismanagement mostly by PSD, who has considerably held power since the early 1990s. The diaspora is arguably the most entitled to demand and obtain change: many of its members are sacrificing their lives, working in humiliating conditions and facing discrimination in countries like France and the United Kingdom, alone and separated from their families to keep Romania going.

They have most of the population’s backing: it would be hard to find any Romanian who does not have at least one relative abroad. The diaspora’s physical return by the thousand to the country just to protest adds an entire new dimension to their proven commitment to the country’s future. This unshaken devotion to Romania might make the diaspora unstoppable, not only now but in years to come and might just prove to be Romania’s salvation.

Given the symbolic power that the diaspora carries, it should come as no surprise that, sensing this imminent threat, the Romanian government’s first response to the diaspora protest was a clumsy, knee-jerk reaction: during the first day of demonstrations, the police intervened using tear gas and water cannon against the peaceful protesters in Bucharest, leaving 400 people injured. In retaliation, some demonstrators threw bottles at the police forces, hurting several officers. The government’s actions had the opposite effect it had hoped for: instead of dispersing the protests, it only emboldened them, determining more Romanians to join and peacefully demonstrate. The police did not intervene again.

The protest was originally announced months ago on the Facebook page Diaspora Europeana (‘European Diaspora’) as an event ‘Diaspora vine la Bucuresti’ (‘The Diaspora comes to Bucharest’). The goal was to reunite over one million Romanians living abroad on the streets of the Eastern European capital. The demonstration was scheduled for August, given the fact that many of the diaspora members return to Romania to spend their summer vacations alongside their family members, especially children and elderly parents, who still live in the country. Specific routes and departure times were posted to the group from countries including the UK, Spain and Italy, in order to avoid jamming Romania’s check points.

A punch below the belt

The diaspora’s decision to return to protest came in the context of growing friction with Romania’s current leadership. While the Romanian diaspora has faced periodic jabs from politicians over their decision to live and work abroad, in January 2018, a resurfaced statement made by the new minister for Romanians Abroad, Natalia Intotero, was received like a punch below the belt. In an interview given several years ago, she had stated that leaving Romania is not a solution, no matter how difficult one’s situation was, and that people should instead explore other options, including working three jobs to make ends meet. She did not apologise for her insensitive and disrespectful comments.

This made it hard to believe that she was truly committed to supporting the interests of the Romanian diaspora. Choosing someone apparently adverse to the diaspora as Minister for Romanians Abroad reflected PSD’s own animosity toward it, which likely stemmed from the fact that it systematically voted 10% or less for the party and its candidates.

Adding fuel to the fire, in April 2018, the Romanian authorities announced a bill proposal obliging Romanians to provide justifying documents for sums above EUR1000 sent to the country. The official argument was combating money laundering, but the likely effects would be increasing an already burdensome bureaucratic apparatus in the country and threatening the economy, heavily dependent on remittances at the moment. This infuriated not only the diaspora but the recipients of those remittances as well.

Over the past few years, PSD has lost substantial battles against Romanian protesters. The greatest one was being forced out of government in 2015, following large demonstrations accusing it of mismanagement and corruption regarding a deadly fire at a Bucharest nightclub, which claimed many lives and is regarded still as a national tragedy.

Perhaps in response to its past concessions, in 2018, PSD seemed determined to resist at all cost the widespread resistance that Romanians living in the country had put up by contesting several of its decisions through protesting. However, it had never before come face to face with the diaspora, marching peacefully with the reassured entitlement that years of suffering abroad had granted it, on the streets of Romanian cities. Can PSD withstand its biggest opponent, the physical symbol of its incompetence, which has come back to reclaim the country and its future?