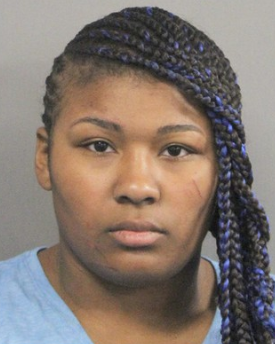 (Newser) – A mother in Louisiana left her two young children locked in a hot car for around 90 minutes and then attacked one of the people who rescued them, police say. Shawnise Sherman, 22, has been charged with child desertion and battery, the New Orleans Advocate reports. Police say she left the children—an 11-month-old and a 3-year-old—alone in a car with the windows up at a strip mall in Kenner from just after noon Sunday until a passer-by noticed them, the Times-Picayune reports.

Police say the temperature was 91, with a “feels-like” figure of 99. The person who found the children called 911 and then, assisted by other passers-by, removed the children from the vehicle, police say. Sherman then returned, confronted the group, and physically attacked the 911 caller, police say. She was arrested and the children were treated at the scene by paramedics before they were released into the care of a family member.