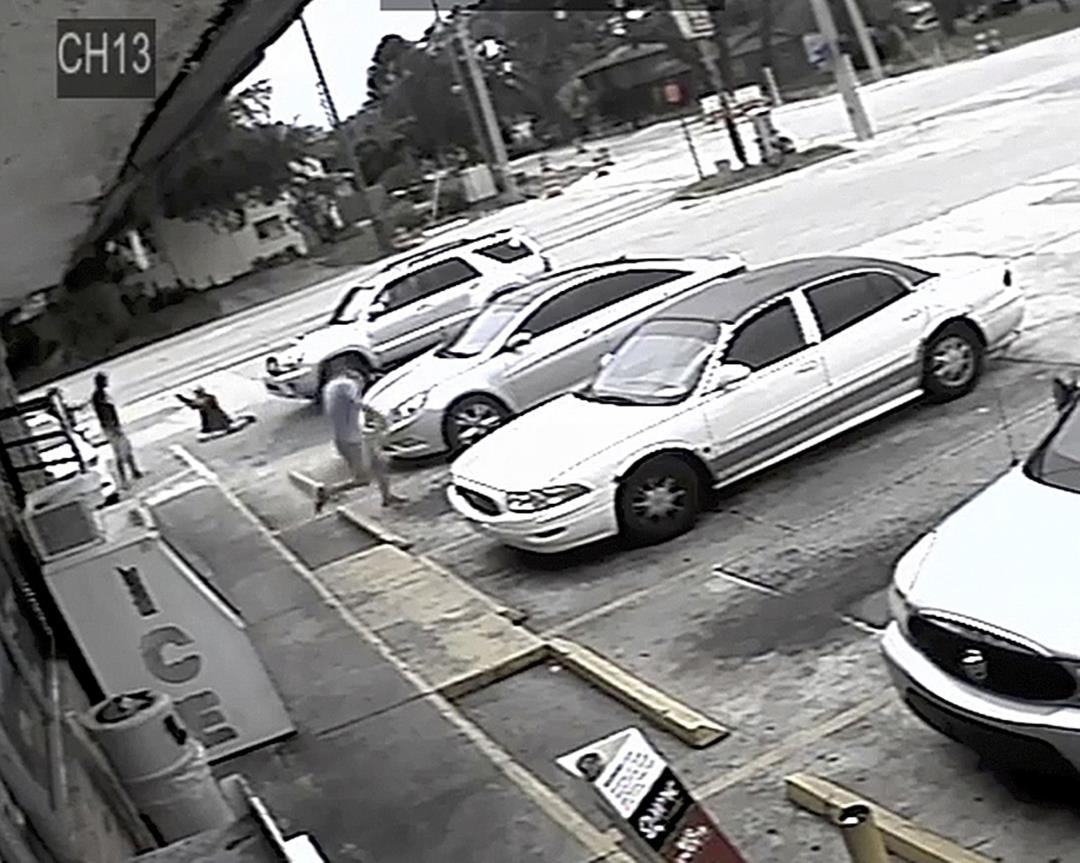 (Newser) – Prosecutors charged a white man with manslaughter Monday in the death of an unarmed black man whose videotaped shooting in a store parking lot has revived debate over Florida’s “stand your ground” law, the AP reports. Michael Drejka, 47, has been charged with the July 19 death of Markeis McGlockton outside a Clearwater convenience store, Pinellas County State Attorney Bernie McCabe said. Drejka was arrested Monday morning and was being held at the county jail on $100,000 bail. McGlockton’s girlfriend, Britany Jacobs, who was seated in the couple’s car with two of their children, ages 3 years and 4 months, said Drejka confronted her for being parked in a handicapped-accessible space. McGlockton, 28, had gone into the store with their 5-year-old son. Jacobs said Drejka was cursing at her. Video shows McGlockton exited the store and shoved Drejka to the ground. Seconds later, Drejka pulled a handgun and shot McGlockton as he backed away.

McGlockton family attorney Benjamin Crump said in a statement Monday “it’s about time” Drejka was arrested. The family, civil rights groups and others had been holding protests demanding he be charged. “This self-appointed wannabe cop attempted to hide behind ‘Stand Your Ground’ to defend his indefensible actions, but the truth has finally cut through the noise,” Crump said. “I have full faith that this truth will prevail to punish this cold-blooded killer who angrily created the altercation that led to Markeis’ needless death.” Pinellas County Sheriff Bob Gualtieri originally declined to charge Drejka, saying one day after the shooting that the man was protected by Florida’s stand-your-ground law. The sheriff passed the case to prosecutors for a final decision. “I support the State Attorney’s decision and will have no further comment as the case continues to work its way through the criminal justice system,” Gualtieri said in a statement Monday.