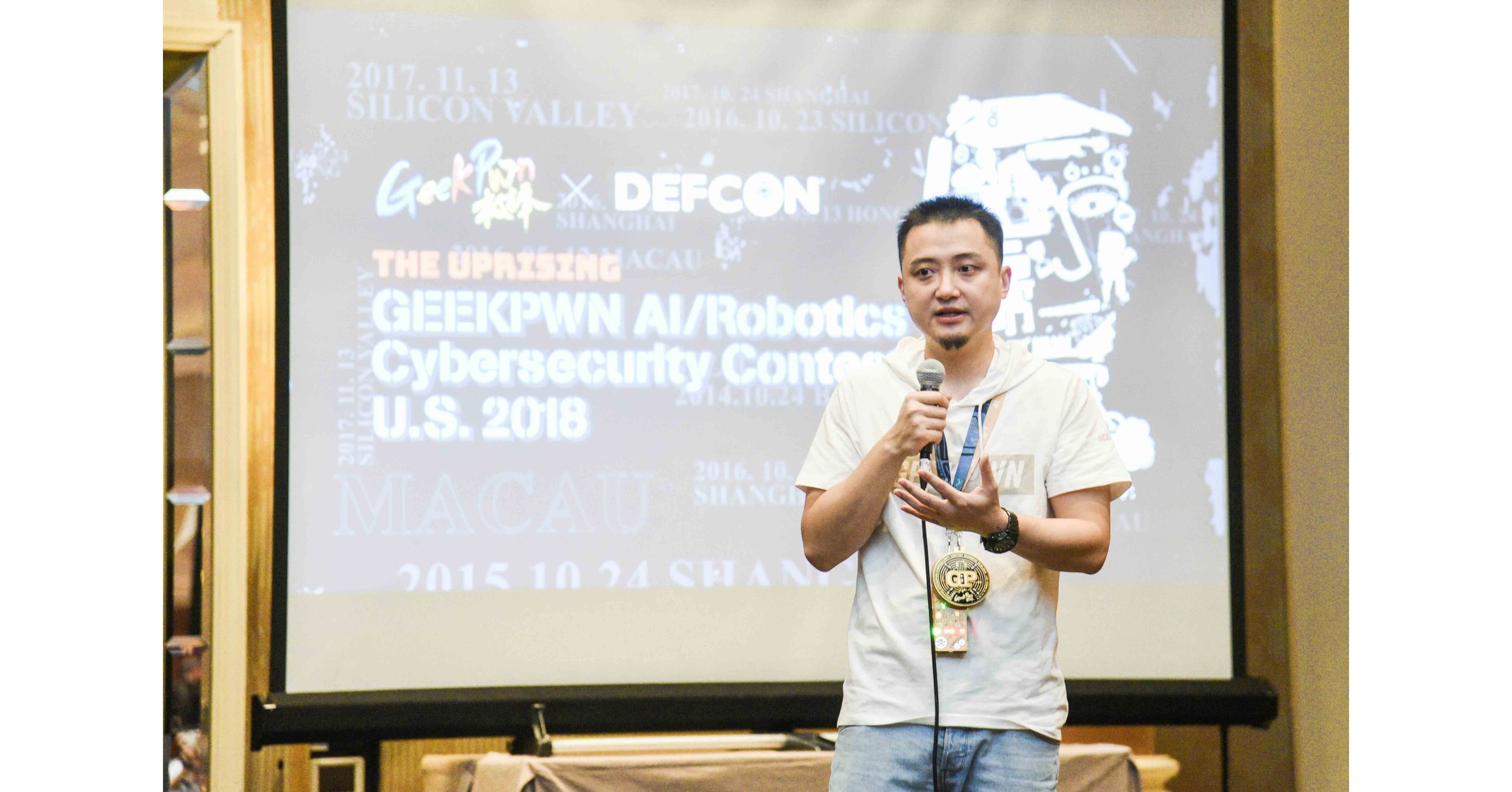 This year’s GeekPwn 2018 sessions was joined by prominent industry experts from institutes such as Tsinghua University, UC Berkeley, Cornell University, Yale University and JD.com, amongst others. Using GeekPwn as a platform, these experts showcased their findings and paid tribute to the prominence that the whitehat hacking industry has achieved over the years.

An industry First: The first ever Capture-the-Flag A&D (Attack & Defense) battle in the AI field

AI technology has gradually evolved and now is being applied to all aspects of people’s daily life. This makes the potential threats of AI something that cannot be ignored. As the world’s first global platform for exploring AI and professional security, GeekPwn has been focused on AI security since it was founded in 2014. GeekPwn has encouraged and guided industry experts and technicians to explore AI security for several years to verify possible vulnerabilities in AI. The most advanced adversarial sample on AI security battle has become the calling card of GeekPwn events, and this year it was held for the first time on American soil in Las Vegas. Through extending research of adversarial samples, GeekPwn offers cross-border integration between the AI community and the broader hacker community and to push healthy and sustainable growth of the whole AI industry.

DEFCON is widely regarded as the birthplace of the competition of cyber-attack and defense technology. CTF, the signature event of DEFCON, is known as the “World Cup” in the network security circle. During DEFCON, GeekPwn debuted the world’s first CTF in machine learning (ML) field, surpassing the limitations of A&D of traditional cyber security competitions. For the first time, participants can view the complexities of conducting “Attack and Defense in the AI world.”

Six teams from top tech firms and research institutions, including Tsinghua University, Cornell University, Yale University and JD.com, participated in the industry’s first CAAD CTF. GeekPwn not only attracted teams which are deeply involved in the security field for many years which consist of top experts, like the Blade Team and the NorthWest Security team, but also teams such as YYZZ and UCNESL, which composed of young talented students or graduates from top organizations such as Yale and Cornell.

One highlight at the GeekPwn CAAD Village was JIA Yunhan, a senior researcher from Baidu X Labs, bringing a demo of “Blind Eye Magic” in automatic driving industry, revealing how the use of adversarial ML (machine learning) technology can possibly deceive automotive radar systems.

Another notable highlight was the presentation given by Rohan TAORI and Amog KAMSETTY, graduate students from the University of California at Berkeley, when they shared the topic of directional “black box” attack analysis for audio systems. They stated that the application of deep reproduction networks on audio dubbing has brought significant contribution to automatic speech recognition (ASR) systems. Many cases have shown that small antagonistic disturbances can confuse deep neural networks, making it impossible to achieve correct predictions of specific targets.

BO Shi, Director at the Tencent Security Yunding Lab, shared contents of Dogfight weapon GAN, explaining how malwares/viruses can be used to fight against anti-virus (AV) software. It was discovered that once malware appeared, a battle took place between the malware and AV, and  therefore, it can be used to enhance more machine learning-based methods that are suitable for malware detection.

Robot Agent Contest: An exhibition of the true hacker spirit and cross-industry brainstorms

In addition to focusing on AI security, the return of the Robot Agent Contest was a highly popular feature at GeekPwn. The contest showcased many experts’ participation in the robotics field, highlighting various security issues across physical and cyberspace worlds. At the unveiling part of Robot Agent contest in Las Vegas, researchers from the University of Nevada’s DASL Lab showcased their self-made robots. Under control of the players, the tech-savvy robots completed the tasks of inserting a USB flash drive and hacking the computer, which brought a delightful visual and intellectual stimulant to the audience.

Besides competition and ground-breaking keynotes, GeekPwn paid homage to the hacker spirit with industrial innovation, freedom of ideas and breakthrough research. In the off-site interactive session, GeekPwn set up a robot soccer competition to create a robotic version of the “World Cup”. The Las Vegas edition ended with a themed party called “Matrix and Zen”. The meeting of a grassroots hacker culture and traditional oriental culture is a breath of fresh air within global hacker circle.

Wang Qi, KEEN‘s CEO and GeekPwn’s Founder, remarked: “GeekPwn is perhaps the first platform in the world to encourage ‘PWN Everything’. Therefore, GeekPwn hopes to establish a bridge between white hat hackers and other technical fields, and let white hats explore wider horizon fields by adopting hacker-like thinking. Security risks are always making the world realize the importance of prevention and value of whitehat hackers.”

More information on the Shanghai edition can be found on the website at geekpwn.org.