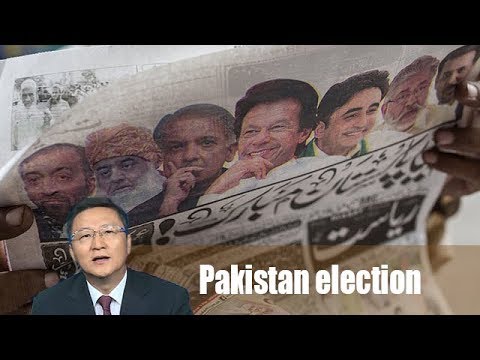 It is difficult to judge the policies of Pakistan’s new administration just from a television broadcast. However, Imran Khan’s speech did showcase his unrelenting efforts to achieve his dream of becoming Pakistan’s prime minister. The former captain of the national cricket team is considered to have risen above the traditional political influence of the aristocratic families in Pakistan.

Contrary to many reports, Imran Khan is actually not a political dark horse. In 1996, Khan entered politics and founded the PTI and was first elected to parliament in 2002. For over two decades, the PTI contested several general elections, until eventually emerging as the largest single party, and acquiring enough seats to form a coalition government in 2018.

The long political journey shows that Imran Khan did not win the election by accident.

He won a hard-fought victory over the two major political powers of the country. His proposal to fulfil the dream of “Naya (new) Pakistan” reflects not only his personal political pursuit, but also the dream of the majority of Pakistani people, especially tens of millions of young people. The most important thing for Pakistan, with a population of 180 million, is to arouse the passion of the young people and to channel their energy in the right direction, such as poverty reduction, anti-corruption and economic construction.

In these respects, China, as Pakistan’s all-weather friend for half a century, can and should provide help and support within its capacity.

In the past few years, among the cooperative projects between China and Pakistan, the most important one has been the construction of the China-Pakistan Economic Corridor, which has brought new opportunities for Pakistan’s employment and industrial development. China needs it, and Pakistan needs it even more.

As a Chinese saying goes, “Even brothers keep careful accounts.” There may be some differences between the two countries on individual projects of the China-Pakistan Economic Corridor. However, these kinds of differences are entirely business-like, and it can be only solved through friendly and equal consultations. The China–Pakistan economic corridor involves the common interests of the two countries over the coming decades, and will not be re-oriented by the change of one government. There is no reason to doubt this.

With regard to the changes in Pakistan’s domestic situation, both the Chinese government and enterprises may need some time to adapt, and the Pakistan government also needs some time to develop its own specific policy thinking and ideas. But in any case, the “iron friendship” between China and Pakistan will remain unchanged.

Founded in 2000, China Internet Information Center (China.org.cn/China.com.cn) is a key state news website under the auspices of the State Council Information Office, and is managed by China International Publishing Group. We provide round-the-clock news service in ten languages. With users from more than 200 countries and regions, we have become China’s leading multi-lingual news outlet introducing the country to the outside world.

We are one of the country’s authoritative outlets for government press releases and are authorized to cover various major events. “Live Webcast” is our online webcasting service to present State Council Information Office press conferences in both Chinese and English languages. We are reputed for timely and accurate delivery of news and information, and wide interactions with audiences. In addition, we are authorized to publish and live broadcast major events and press conferences of ministries, local government agencies and institutions as well as enterprises.

In the era of mobile internet, we endeavor to create an array of products for mobile devices headed by the multilingual WAP platform and the mobile APP. We also use Chinese and international social media to publish information for different user groups.

In the future, CIIC will continue to offer authoritative information about China, tell China’s stories, voice China’s opinions, and introduce a vivid, panoramic and multicultural China to the world through multi-language, multi-media and multi-platforms.

IBM snaps out of revenue doldrums, breaking a five-quarter losing streak in Q4
2020-01-22